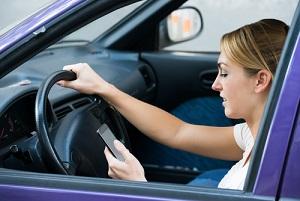 We have all been reminded time and again: “Put the phone down,” “Texting can wait,” and “Don’t text and drive.” It seems, however, that we cannot help ourselves. “This will only take a second,” we rationalize, as we fire off a quick message to a friend or family. A second, though, is all it takes for something tragic to happen, as texting-and-driving accidents can cause serious injuries and, in some cases, death.

While the phrase “texting and driving” has become commonplace, its specificity may offer what seems to be a loophole for some drivers. Though still illegal and extremely dangerous, playing a game or downloading music on a mobile device while behind the wheel is not technically texting and driving. Loopholes and technicalities, in such situations, are little more than excuses, and when a driver is distracted, either by a text message or mobile app, the outcome can be exactly the same.

According to news reports, the augmented reality mobile app Pokémon Go has become the most popular smartphone game in U.S. history. It recently surpassed Candy Crush—the 2013 pop culture craze—in total number of downloads and reportedly boasts twice as many daily users as Facebook. The game requires players to move around in the real world as they catch and battle Pokémon creatures and collect helpful items along the way. While the goal of game developers was getting users to be more active, many players cannot resist the temptation to catch Pokémon while driving. In the few short weeks since the game’s release, such behavior has shown to be quite dangerous.

This week, the Baltimore Police Department released a video of an SUV crashing into an empty police cruiser, with officers standing mere feet from the collision. The driver admitted that he was looking down at his phone, playing Pokémon Go at the time of the crash. “That’s what I get for playing this dumb [expletive deleted] game,” he said upon exiting his vehicle. In this particular incident, fortunately, nobody was hurt. Less than 24 hours later, a similar accident was reported in Rehoboth Beach, Delaware, as a driver clipped a patrol car as he attempted to park quickly so his passenger could visit an in-game location.

Hurt By a Distracted Driver?

Thankfully, most of the auto accidents attributed to the Pokémon Go craze have been relatively minor, but the danger still remains. If you or a loved one has been injured in an accident caused by a distracted driver, contact an experienced personal injury lawyer in Hinsdale, Illinois. We will help you understand your options for recovering damages, remaining at your side throughout the process. Call 630-920-8855 for a free consultation at Martoccio & Martoccio today.