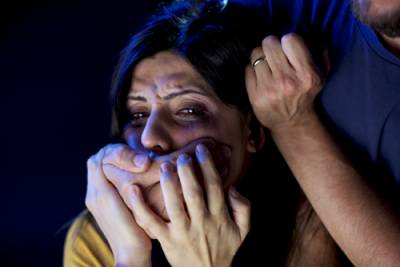 Across the United States, every nine seconds a woman is assaulted or beaten. According to current statistics, domestic violence remains one of the leading causes of injuries among women, even more than car accidents, robbery or rape but Illinois is moving forward with the concept of compensation for those afflicted by this troubling act.

In conjunction with the provisions of the Illinois Domestic Violence Act of 1986 (750 ILCS 60), shelter manager of Winnie’s Place, Quad Cities, Kit Miller is requesting that lawmakers increase the provisions available to victims of domestic abuse since financial stability is often the leading factor when it comes to victims becoming financially dependent on their abusers, making it almost virtually impossible for them to leave and begin the separation or divorce process.

The proposed bill would amend the current Illinois Public Utilities Act and provide domestic violence victims with a 60 day waiver on the initial credit and deposit amount for all utilities.

As shelters across the country provide emergency assistance, Miller believes the proposed legislation would ease the financial burden on women who are struggling to save for the necessities and setting up a new home. One Winnie’s Place resident stated that “even if I was working there’s no way that I would be able to even have the money to come up with for utilities, for just even finding an apartment” while another resident noted that before leaving her abuser, she had never held a job and was denied access to the bank accounts.

If passed, this bill would help relieve a portion of the financial burden domestic violence victims are dealing with, in addition to beginning the healing process, both physically and emotionally. It may also lead to more women to seek sanctuary within a shelter and be able to seek legal recourse.

The amendment to the Public Utilities Act has recently passed both the Illinois House and Senate and is currently awaiting Governor Rauner’s signature.

The experienced Hinsdale domestic violence attorneys of the Law Office of Martoccio & Martoccio take all allegations of domestic abuse very seriously. Our first commitment is to legally secure the safety of all involved family members and continue to protect while establishing a legal defense divorce. If you are a victim of domestic violence and seeking legal assistance to dissolve your marriage, contact our offices at 630-920-8855 to schedule a same day consultation.