The Best Interest of the Child Standard & Your Custodial Rights 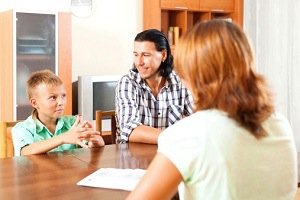 Illinois family court considers a variety of factors when determining child custody, all based on the “best interest of the child” standard, which is the guiding principle in Illinois child custody cases. Some factors considered are as follows:

Anyone currently going through child custody proceedings should seek the help of an experienced Illinois family law attorney immediately.

Joint Legal Custody as a Preference

Child custody law varies depending on the state, and there is no uniform approach to the best interest of the child standard. Some states have a presumption towards joint custody, while others have a preference in favor of one parent (typically the mother) having custody. In Illinois, joint custody is the preference, and this is viewed as being in the best interest of the child, unless circumstances arise in which there is convincing evidence that a parent is unfit to have custodial rights. Therefore extending joint custody would not be in the child’s best interest.

In promotion of the child’s well-being, the joint custody preference emphasizes maximum involvement and cooperation of each parent in the child’s life. Joint custody means that both parents will have equal physical and legal custody of the child. However, this should not be misunderstood to mean equality in the amount of time the child spends with each parent. In circumstances where joint custody is awarded, parents usually enter “Joint Parenting Agreements,” by which parents agree to the terms surrounding the child’s education, health, activities and entertainment, finances, and parenting time allowed to the visiting parent (also referred to as the non-residential parent). This agreement must be approved by the court in order for it to be controlling. The court evaluates this agreement using the best interest of the child standard, considering relevant factors as described above.

Joint Custody May Not Always be Granted

If a parent is not granted custody of a child, he or she may still have the right to see the child. Typically, if denied joint custody, the non-custodial parent will be entitled to reasonable (albeit limited) visitation rights. Visitation rights are usually interpreted as in-person time allowed to be spent with a child, but can also include other mediums of interaction and communication such as over the telephone, via email, or through video calls. Visitation rights will be granted, so long as the court can establish that the parent’s visitation and interaction with the child will not endanger the child’s emotional, mental, or physical health.

The laws surrounding custody and visitation rights can be quite complex. For assistance in dealing with matters affecting your parental rights, contact the Will County family law attorneys at Martoccio & Martoccio. We are located in Hinsdale, Illinois, and we serve clients in DuPage, Cook, and Kane County.