Beyond the Fantasy of Marriage 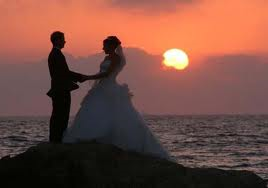 Many women start to plan their weddings at an early age, and they are scouting for prospective husbands by their teenage years. Many people are groomed to believe that marriage is as good as it gets. However, a recent story published by The Age suggests that we may need to reevaluate what is most important in life.

Traditionally, the husband would assume the role as the provider and the wife would be the caretaker. However, in today’s society, both men and women have expanded these roles. As a matter of fact, it is almost frowned upon for a wife to sit at home not making a contribution to the household with the state of today’s economy. There is no longer a stigma associated with the woman being the bread winner of the household.

With this financial aggressiveness, women have also shrugged off other gender stereotypes such as feeling the need to have a man in their lives. With the rate of divorce consistently being on the rise, many couples are opting to marry later in life, if at all. People are not opposed to being married and divorced several times over.

While many people believe that you are allotted just one soul mate, studies show that 32 percent of all married men have had affairs, which is less than the 34 percent of women who have admitted the same. Monogamy and marriage are no longer synonymous with each other. In fact, they are not even the norm today.

If you are in a marriage that may be ending soon, you will have questions and concerns regarding child support, spousal support, division of assets and marital property. A qualified and empathetic Illinois divorce attorney can assist you with those questions. Divorce can be a life changing experience that should be handled professionally.