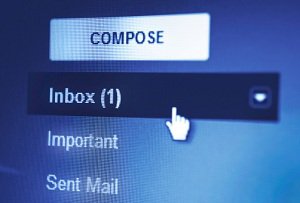 "My wife and I are in the process of getting divorced. I think she may be talking to her friends about abusing drugs and alcohol online. Can I access her email or Facebook accounts without her consent to see if she is actually doing this?"

Most people are familiar with the concepts of “unlawful search and seizure” and “reasonable expectation of privacy” but likely haven't given either much thought since their high school civics class. The advent of the digital age required a broadening of these concepts, which is important to consider and respect if you are going through a divorce.

Illinois' recently enacted computer tampering statute makes it a Class B Misdemeanor for any person to knowingly access a computer, computer network, or computer program or data, without the permission of a computer's owner.*

So far, only one case in Illinois has applied this statute in the divorce context. In the case the former husband had remarried and his former wife was accused of accessing his email and MySpace accounts and making it appear as though he was engaging in an extramarital affair.***

The Court responded that what was “accessed” by the former wife did not have to be the former husband's own computer, the statute made it a crime for any person to access and/or obtain data from a computer without the permission of the owner. The Court went on say that, for purposes of computer tampering, a computer's “owner” has a much broader definition than the traditional meaning of the word. A computer's “owner”, within the meaning of the statute, could be either the actual owner of the computer, or a person who has possession of or any interest in the computer involved. Because the former wife did not have the former husband's permission to access his email account, she was guilty of the crime of computer tampering.

Contact a Hinsdale, Illinois family law attorney if you find that your spouse has accessed your computer or files without asking. We can help you in your upcoming divorce case. Call 630-920-8855.