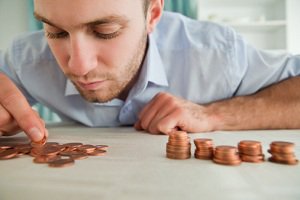 For more than 35 years prior to 1987, the awarding of interest on unpaid child support was largely discretionary with the trial courts of Illinois: Sutton v. Leib (7th Cir. 1952), 199 F.2d 163 (applying Illinois law).

Whether you are paying or receiving child support, the important points to remember are:

Just how complicated child support interest is to calculate in Illinois would make an accountant sweat. First, the rate of interest is 9 percent per year on each unpaid installment of child support beginning 30 days after that payment is due.

Second, the rate is simple interest and not compound interest. This means there is no interest charge on interest. The rate however was set when interest rates where much higher than they are currently and it is now easy for the person paying child support (the payor) to fall behind and begin to owe very high amounts of interest if child support is left unpaid for any serious length of time. In fact, the rate is so high that many payors who owe large amounts of child support may never be able to catch up on the payments plus the interest.

The formula, which grants one-twelfth of the statutory interest rate 9 percent as interest to each month's unpaid child support balance, is complex, and should be followed carefully.

The formula for determining the unpaid child support balance can be expressed as follows:

By Way of Example Consider the Following Scenario:

A father is ordered to pay $100 per week with payments to be made each Friday of the month. In January of 2014 there will be five Fridays and thus five weeks of payments for a total of $500 in child support due for the month of January. If he does not pay this amount by the end of the month he will  owe interest on any amount of child support due that remains unpaid.

February 2014 has four Fridays so the father will be required to pay $400 that month or risk having to pay interest on any amount that remains unpaid for that month. If he pays $600 in February the payments will be applied as follows: the $400 will be applied to the child support that is due in February. The remaining $200 will be paid to satisfy the outstanding $200 child support payments that were due in January. In this case the father will not have to pay interest on the child support payments that were due in January because the excess payments in February covered the unpaid amount for January.

Let's tweak the scenario a bit as we move to the end of March and have the father pay only $300 in February. Now the father will have two different months worth of arrearage: $200 for January and $100 for February (except the $200 now includes $3 in interest charges [$200 x .0075 x 2 months worth of accrued arrearage = $3] and $.75 in interest charges for the amount owed for February. For simplicity's sake I am leaving out the interest owed for both January and February in calculating the amount owed for March of 2014.).

March 2014 has four Fridays so the father must make $400 worth of child support payments by the end of the month. At this point, if the father does not pay in excess, the interest charges can start to add up. For example, if the father makes only $200 worth of payments in March none of that $200 will go to satisfy the past due support obligations and they will continue to accrue interests. So if, by the end of March the father only pays $200 in child support his interest for the $200 January arrearage will be $200 x .0075 x 3 months worth of accrued arrearage = $204.50.

Knowing that interest on unpaid child support can be avoided so long as the obligor pays in excess of the current month's support obligation begs the question of whether the interest statute supersedes a court order for child support.

What happens if on January 29, 2014 the father fails to make his $100 January 24, 2014 payment? Under the interest statute we know that interest on that $100 will only begin to accrue if the father fails to pay that amount by the end of the month. But what happens if he fails to pay on a weekly basis as ordered by the court? Can he avoid violating the court order like he can avoid accruing interest? That is, can the father simply pay what he owes by the end of the month and still be compliance with the court order?

The answer to this question is no. Illinois' child support statute provides that if a parent fails to comply with a court order to pay child support, the court may find the parent in contempt if that parent had the ability to pay and punish accordingly. See 750 ILCS 5/505(b).