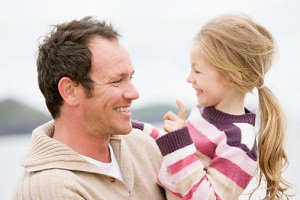 "Can I get court ordered visitation with my child who now lives outside of Illinois?"

Yes, a court order for visitation can be granted between a parent and child who lives out of state.

A word of caution: To obtain such a court order you must step up to the plate and take active steps to protect your visitation rights, otherwise you may lose the right to see your child. If your child lives in Illinois and the Mother (or custody parent) wants to move the child's residence to another State, you had best obtain a court order in Illinois for visitation before the child leaves the State of Illinois.

This can be done by filing a Petition to establish your visitation ahead of the move. If you wait until the mother leaves with your child and no court order for specific visitation is in place, If 6 months has gone by you must then go to the new home state of the child to file for visitation.

The Uniform Child Custody Jurisdiction and Enforcement Act (or UCCJEA for short) 750 ILCS 36 et seq provides that visitation as well as custody must be determined by the court where the child has last resided for six months or more. If you consent to the relocation of your child (or fail to object in an Illinois Court which is considered the same as consent), you must go to the home state of the child to claim your visitation rights. This is usually a time consuming and expensive procedure

Finally, you can still seek visitation with your child in the State where your child now resides by hiring a lawyer in that home state to represent you or go there yourself and appear in court. However, plan on spending some time there since the mother or custody parent may try to delay the case in the hope you will simply give up and go home to Illinois before the new state court acts on your petition.

A word to the wise: Generally you have the right to object to your child's residence being moved to another State but you must do so right away since once again waiting until after it's a done deal will probably mean you have agreed to the relocation of your child. Our attorneys at Martoccio & Martoccio have had years of experience in visitation and custody cases involving custody parents relocating to other States.

John Martoccio has even successfully won a removal case for the father in which the custody mother was denied the right to removal the child to Florida from Illinois, held in contempt and  finally Ordered to return the child to Illinois. Ultimately Martoccio & Martoccio succeeded in obtaining custody for the Father. In re Marriage of Gibbs, 268 Ill. App. 3d 962, 972-73, 645 N.E.2d 507 (1994).

Contact our law offices today by calling 630-920-8855. Martoccio & Martoccio is here to help you with your child visitation rights in Illinois.