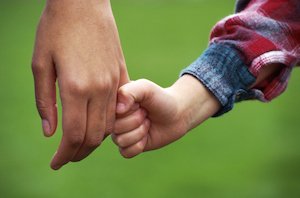 Divorce is never an easy process. Spouses who have decided to go through with a divorce cite reasons including infidelity, finances, or just plain old irreconcilable differences. Whatever the reason for the split, the effect of the divorce is rarely felt solely by those that call each other spouse. The American Academy of Child & Adolescent Psychiatry states that one in two marriages today end in divorce, many of them being families that include children. Unavoidably, this brings up the unpleasant issue of child custody. Unfortunately, sometimes this topic is used as a weapon in one spouse’s attempt to harm the other. When parents cannot agree on where the children will live, courts refer to statutes and case law for guidance.

Custody Awarded Under the Illinois Marriage and Dissolution of Marriage Act

Child custody proceedings are automatically commenced when a parent files a petition for dissolution of marriage, legal separation, declaration of invalidity of marriage, or simply a petition for custody. A stepparent or a grandparent can also start child custody proceedings in very specific circumstances, usually involving the incapacity or death of the custodial parent.

The wishes of the child and the parents’ are often a subject of intense dispute. Most often child custody cases arise after a disagreement over who will maintain primary residence for the child. When parents agree as to who will have primary residence and how visitation will work, the issue is usually quickly resolved unless there are circumstances that the court would find adverse to the child’s best interests. When the child has a preference as to how custody will be awarded, the court may take this into consideration. Most often, however, the child must be of a certain age to be considered to have the capacity to make this type of decision, and cannot be suffering from a condition that would affect his decision making ability.

The child’s interactions and adjustments are also heavily weighed in awarding custody. Relationships with parents, siblings, and other individuals who will inevitably be part of the child’s life in the parent’s custody are analyzed and considered as to how they will affect the well-being and development of the child. This invariably includes the child’s level of adjustment to his home, school, and the community. The ongoing attendance of the child’s education in a familiar school system, the interaction with a close-knit community, or even the locality of a group of friends can all have a significant bearing on what will be in the best interests of the child.

A history of abuse or violence, the presence of mental or emotional disability, or a conviction as a sex offender will all play a significant role in determining the fitness of a parent to act as the custodian for the child. Furthermore, a parent who is unwilling to work cooperatively with the other will certainly raise suspicions as to the appropriateness of being awarded custody, as the court assumes, without contrary evidence, that having access to both parents is in the best interests of the child.

Navigating the complicated maze of statutes and legal precedent in order to determine custody for your children during your divorce is a task that many lawyers cannot accomplish. Attempting to present your case in a custody dispute by yourself is almost certainly a recipe for disaster. A skilled divorce attorney can help you build the strongest case possible in order to show the court that your solution to the custody problem is the right one. Do not let something as important as your children be left up to chance. Contact the Illinois divorce attorneys at Martoccio & Martoccio to help you make sure your children’s best interests are kept at the forefront of the process.
Posted in Family Law