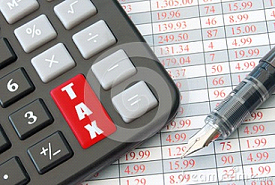 At Shanghai’s Zhabei District marriage registration center, officials divorced a record of 53 couples in one day, about one every five minutes, as couples rushed to divorce to avoid tougher tax laws on home sales.

There were similar scenes also in Wuhan, Nanjing and Ningbo as couples opted for uncontested divorces, which would allow them to split their properties without having to pay capital gains tax up to 20 percent.

Recently, Beijing stated that it wanted local governments to be tougher in implementing rules to curb property speculation, taxes on gains from selling second homes have been in place for almost two decades, but have never been strictly enforced. Chinese tend to keep much of their wealth in real estate, with few other investment options, and home prices in the biggest cities have risen for nine straight months.

Some couples are hoping that divorcing and dividing real estate assets will allow them to sell properties as individuals and not pay tax. Once the sale is complete, they can remarry.

While homeowners and prospective buyers are waiting for details on how the tightened property rules will be implemented, one unnamed official was quotes by the Shanghai Daily as the Yangput District registration office saying that the rise in divorces was driven by unapologetic tax evaders.

He told the newspaper, “I told all of them to come here again for remarriage registration as soon as their transaction is finished.”

Another man, who also wished to remain unnamed said, “I know people who have divorced to evade taxes, but I think marriage is more important than property.”

Divorce is not that simple in the United States, so contact Martoccio & Martoccio attorneys in DuPage, Cook, Kane and Will Counties in Illinois today. These experienced divorce lawyers will help you through your divorce process.