Cohabitation Contract: What Should be in My Written Agreement with My Live-in Boyfriend? 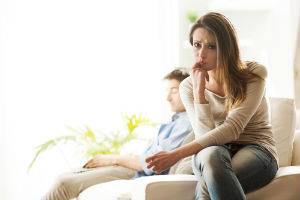 What should be in my written agreement with my live in boyfriend? If you were going to open a new business with a friend or jointly own real estate or you have joint credit cards, you would most certainly want a written agreement. Living together as an unmarried couple or "cohabitation" as it is called, creates any or all of those events. If you and your boyfriend are going to live together, it is important decide your financial future together. Create a written agreement or at the minimum an outline of your financial future. Spell out in detail how property will be owned while you are together and if you part company, how your property and debts will be divided later.

As an unmarried couple you may acquire lots of things. Most commonly, couples buy automobiles, furniture and furnishings and even sometimes a house or other real estate. If you and your boyfriend separate in the future, regardless of who is at fault, you will need a roadmap to separate your finances and things you have purchased together or separately without going through a long and emotionally draining lawsuit.

Without a written agreement most likely you may never be able to decide what your agreement was when you got together. Think about the most emotionally charged argument you have ever had with someone you love, and add the element that you're going through a breakup, and then find that there are no rules to the game of sorting out the ownership of assets and debts you have acquired during the time you lived together.

What basic paragraphs should be in my agreement with my live-in boyfriend?

How are specific assets to be owned. So for example, if you pay for your boyfriend's car is he the owner or are you? Make a list of those assets you have and decide what is to happen when you buy something new. Is this new purchase part of the pool of assets that will be divided if you break up or is it to be owned separately by the person who paid for it.

If you both share a bank account and and deposit your paychecks that account, decide and write down how are those monies are to be divided if you separate. Decide who is going to have ownership any pets. Frequently who gets the dog or cat becomes one of the hardest decisions to make. So decided now in advance. I know you were going to say this point, that making this decision's now will only lead to an argument. To that I say better to know you'll fight over those things now before you move in together then afterward.

Finally, your written agreement should have a means of resolving disputes short of going to court. You could agree that you must go to a counsellor or a mediator to resolve your disputes rather than resorting to a lawsuit. After 35+ years of resolving both married and unmarried couples disputes, I can tell you that staying out of court for most people is best.

If my boyfriend and I buy a house together and later we break up, what happens to the house?

First, when you buy house it represents an enormous responsibility as well as most likely a huge debt. Perhaps, you and your boyfriend will not put the same amount of money into the house. If you have no written agreement your boyfriend may argue that if the house is jointly owned and he is entitled to 50% of the proceeds of sale because each of you were on the deed of ownership.

In Illinois is common to take title either as "tenants-in-common" or as "joint tenants with right of survivorship" these are both forms of joint ownership in which you and your boyfriend each own a 50% interest in the house. If either party dies while owning the house jointly, the survivor would own the entire house if title was in "joint tenants with right of survivorship" but not so with "tenants-in-common" where the survivor would only receive his or her 50% of the house. So "title" to the house only tells one part of the story.

You need to decide ahead of time how the proceeds from the sale of the house are split in writing before you buy the house, particularly, if one of you put in more money than the other for the purchase of the house. Likewise, is the person who put in more work fixing up the house entitled to more money when the house is sold. In other words, does your sweat equity entitle you to more than 50% of the proceeds? Work it out now and it's easy. Put it in writing and you won't have a dispute later.

What if we separate and then the house sells at a loss? How is the loss divided?

There is no default position in the law as to who shares the loss. Once again you need to make a decision and put it in writing.

Do either one of you have a right to buy the other out of the house?

Sometimes there is a "right of first refusal" One or the other of you gets the right to buy the other out, usually add an agreed price for that share. Set the price now in writing as part of your agreement.

Who pays the debts my boyfriend and break up?

Decide now and in writing or argue it out in the future. Frequently, one member of the couple makes substantially more money than the other. Is there a right to be reimbursed if one person pays most of the expenses that were to be shared together? Yes, but only if you agree to it ahead of time, and can prove it in writing. Don't forget separate debt, If you pay for your boyfriend's student loans, do you get reimbursed if you break up after he graduates from college or maybe medical school? Once again there is no one-size-fits-all answer. It depends upon what you have agreed to do.

Are you going to have joint credit cards?

If you are renting an apartment. Are both going to be on the lease? If your boyfriend has bad credit and you have good credit so that most of the charges are made in your name, do you have a right to be reimbursed if there's a breakup? Unmarried partners are not responsible for each other's debt unless they have a joint account or one is a cosigner or guarantor for the other. This is different from married partners who can be held liable for marital debts. Rights of Married Persons Act, 750 ILCS 65/. In some states, registered domestic partners are responsible for all debts acquired for basic living expenses, like food, shelter, and clothing.

What happens if you or your boyfriend dies?

Unlike those who are married, couples that are living together have no rights of inheritance automatically by law. A living trust can be created to provide that the surviving partner receives assets created while the two of you were a couple. Consider also that your boyfriend's family will have total control, if your boyfriend becomes incompetent. His family may decide without your input not only how he is to be treated by his doctors but whether you can see him during an extended or final illness.

Don't forget life insurance. If you intend to be together for any number of years or have children, life insurance should be part of the package. Who is going to pay for your children's support, healthcare, and even college or trade school expenses should you pass away. So once again, if you are my daughter here is what I would tell you:

1. Have a cohabitation or living together agreement in writing spelling out everything I just wrote above.

2. Have your boyfriend take out a life insurance policy sufficient to support you and your children so they can have a normal childhood and a college education and fair chance in life as though he had survived.

3. Have a living trust and Last Will and Testament for each of you in the event one of you passes away.

4. Have a lawyer prepare a power of attorney for healthcare under the new Illinois Power of Attorney for Healthcare Act so that you will make the decisions as to what happens with your mate in the event of extended illness or last illness so you not his mother and father get to make decisions about his health care

5. Have a lawyer create a durable power of attorney by statute in Illinois that will give you a right to control your mates affairs should he become mentally or physically incompetent. By specifying you as the holder of the power you become essentially the guardian of his estate and person. A power of attorney that is durable in Illinois trumps the appointment of someone else later on as your mates legal guardian. An Agent under the Power of Attorney for Property has the authority to overrule the Guardian of the Estate. Under 755 ILCS 5/11a-18(e), it states:

(e) Absent court order pursuant to the Illinois Power of Attorney Act directing a guardian to exercise powers of the principal under an agency that survives disability, the guardian will have no power, duty or liability with respect to any property subject to the agency.