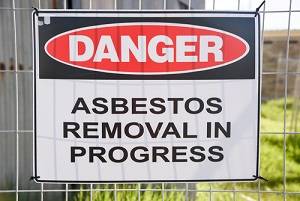 The Occupational Safety and Health Administration (OSHA) lists construction as one of the ten most dangerous professions. Indeed, of all the worker fatalities in 2013, more than 20 percent occurred on construction jobs. The “fatal four”—falls, being struck by an object, electrocution, and being caught in or between objects—are the highest risk to workers, but there are also less common risks. In some instances, those injuries are caused by accidents, but there are also times in which they could have been prevented. One recent example involves the citing of a construction company for exposing its workers to asbestos.

The History and Dangers of Asbestos

Asbestos is a naturally-occurring mineral made up of silicon, oxygen, hydrogen, and other metals. At one time, it was widely used in everything from space shuttles to clothing. But then science began to take note of just how damaging it was to the workers who mined it, and by the 1990s, its use had declined drastically. However, there are still structures today that have asbestos containing materials.

Those that are exposed to asbestos are at an increased risk for a number of health problems, including pleural mesothelioma, a malignant cancer of the thin membrane of lubricating cells within the lungs and chest wall. For this reason, proper protection is needed whenever a worker must come into contact with an asbestos containing product or structure. In fact, exposure is so dangerous that such work is often sourced out to hazardous material specialists.

Because they frequently work on older buildings, construction workers can and do often come into contact with asbestos. There are, however, rules that must be followed by contractors and subcontractors to ensure workers are protected.

First and foremost, exposure assessments are supposed to be conducted before a job starts. If asbestos is found, then a respiratory protection program, training on hazards, and personal protective clothing should be provided to workers. Additionally, engineering controls should be used to reduce exposure when removing asbestos containing materials. The recently-cited company allegedly failed to follow through with any of the mandated precautions and put their workers at risk.

Injured on the Job? You May be Entitled to Compensation

If you or someone you love has been injured on the job because of someone else’s negligent actions, you may be entitled to compensation. It should be noted, however, that personal injury cases are often complex and can be drawn out. Do not choose to go it alone; hire a skilled personal injury attorney instead.

At Martoccio & Martoccio, we have the skills and experienced needed to effectively and aggressively represent your case. We pride ourselves on our willingness and ability to go above and beyond to investigate the particulars and determine if, how, and whom may be at fault. Schedule a free consultation with our DuPage County personal injury attorneys and ask how they may be able to help you with your case. Call 630-920-8855 today.