Taxpayers may have to contribute almost $24 million dollars to settle some of the medical malpractice lawsuits in Cook County against the public health system. 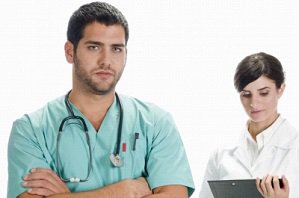 Currently, the possible amount will cover four main cases, all against Stroger Hospital. The County Commissioner has stated that these cases are not indicative of a larger problem, saying in this article from the Chicago Tribune that each of the medical malpractice cases are “individual errors.”

Almost $20 million of the proposed settlement would go to the case of 3-year-old Keith Francique, whose mother sued after Keith suffered severe and irreversible brain damage. Keith had an undescended testicle and was recovering from surgery at the Cook County hospital when he went into cardiac arrest. According to Keith’s mother Justine, the hospital staff did not initiate cardiopulmonary resuscitation until five minutes after his heart had stopped.

Although the boy was eventually revived, doctors had stated they could not find a pulse for at least 15 minutes. With the oxygen deprivation, Keith suffered severe brain damage. The possible settlement will include enough money to make sure that Keith has sufficient care for the rest of his life.

The other three cases involve infections from lack of care and attention from medical personnel. One case, which would be settled for $2.4 million, involved a cancer patient who developed an infection and died two years later from complications.

Medical malpractice can severely complicate your life for many years. Our Hinsdale office covers cases throughout DuPage, Kane, Cook, and Will Counties in Illinois—so contact us today to learn if you may be eligible for compensation.