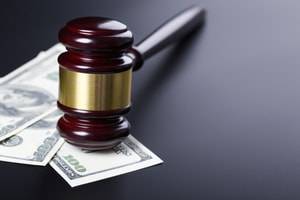 Parties in a divorce can schedule spousal maintenance to end after a set number of months or years, often determined by the length of the marriage and the recipient’s ability to support him or herself. The recipient can petition to extend the maintenance past the end date, but the payor is likely to contest the effort. In the recent case of In re Marriage of Wojcik, an Illinois man appealed a trial court’s decision to award permanent maintenance to his former wife on the grounds that:

The appellate court disagreed with the man and upheld the maintenance payments.

The two parties were married for 27 years before filing for divorce in 2005. At the time of the divorce, the couple had one minor child that required child support. The husband was making $386,000 in annual income, while the wife was re-entering the workforce after being a stay-at-home mom for most of her marriage. The divorce agreement stated that the husband would pay $13,500 per month in unallocated family support, which is a combination of child support and spousal maintenance. These payments would continue for 60 months, at which point their child would reach the age of maturity. After the 60 months had expired, the wife filed for spousal maintenance. The court ultimately awarded her $5,700 in monthly maintenance for an indefinite period and $239,400 in retroactive maintenance.

The husband argued that he had completed his support obligation and the wife was required to file for an extension before her maintenance payments had ended. The appellate court countered that the agreement did not say that the husband’s maintenance obligation would be forever terminated after the family support payments expired. Instead, the agreement stated that the support payments are reviewable, which includes after the scheduled payments had ended.

The court also found that the wife is incapable of earning an income that would pay for the standard of living she established while married. She had gotten a job as a teacher after her divorce but was forced to leave the job for personal reasons. Since then, she has found employment in a sales position, earning $9 per hour and commission. The husband’s income has increased since his divorce, reaching around $700,000 per year. Even if the wife found another teaching job, the court estimated her annual income would be approximately $46,000. The court also accounted for the duration of the marriage and the fact that the wife forwent her own career to allow the husband to be successful in his own.

Spousal maintenance can support you if you have a disproportionately smaller income compared to your former spouse. A Kane County divorce lawyer at Geneva Family Lawyers can help you receive or modify spousal maintenance. To schedule a free consultation, call 331-588-6611.