Cultural Considerations of Dissolution of an Arranged Marriage 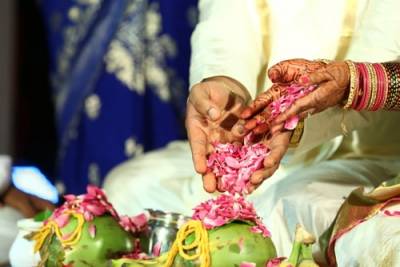 Views of marriage and divorce vary around the world and in different cultural communities. The Western world idolizes and glamorizes the notion of two individuals falling in love and finding their “happily ever after.” Meanwhile, many Asian, African, South American, and Middle Eastern communities prefer the practice of arranged marriages. This method of creating a union has been practiced for thousands of years for cultural, familial, convenience and economic reasons. Although it is believed that these unions build a more stable foundation, they too sometimes result in divorce. No matter the start, sometimes a marriage must come to an end. If you had an arranged marriage, here are some cultural considerations to consider:

The Western Version of Marriage Is Relatively New

When you think about it, the idea of marrying for love is relatively new in the grand scheme of things and is approximately only a few hundred years old. 55% of marriages throughout the world are arranged marriages. Although many people here in the United States have the opinion that these unions occur under force and coercion, that is not true. Many people entering into these marriages do so by their own free will and because it is a tradition that works. On a global scale, the divorce rate of arranged marriage is between 4% and 6%; compared to the United States rate, which hovers around 50%. It is essential to partner with an attorney that understands and respects the practice of arranged marriage.

Individuals within the marriage come from varying backgrounds. During a divorce, it is crucial that an attorney investigate individual beliefs early in the dissolution process. For some, divorce is frowned upon within their community or forbidden altogether. Additionally, each culture celebrates different marital values regarding gender equality and gender roles. An attorney should be sensitive to these considerations and create a strong strategy.

"Happily Ever After" Is Not Guaranteed

Although divorce is not an option many countries solely using the arranged marriage practice, all couples here have the choice. Unfortunately, the reality of marriage can be drastically different than our expectations and what we are willing to endure. At the Law Office of Martoccio & Martoccio, we understand that there are cultural considerations to consider in addition to the legal concerns, making matters more complicated. Having a DuPage County arranged marriage divorce attorney on your side can help you navigate the process while also respecting your beliefs. Call our office today at 630-920-8855 to schedule your free, confidential initial consultation.