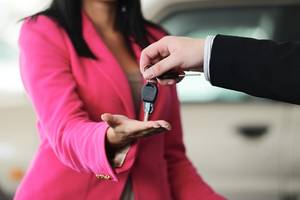 According to Illinois law, properties purchased after a judgment of legal separation are nonmarital. Legal separation is an agreement that includes many of the provisions involved in a divorce without officially dissolving the marriage. Spouses can divide their properties, allocate parental responsibilities and establish child support payments as part of the separation agreement. Most spouses do not seek a legal separation because it requires a lot of the work of a divorce without ending the marriage. If they later decide to divorce, they may need to do some of the work again. However, legal separation does provide protections for spouses who for whatever reason want to live separately without divorcing.

It is more common for spouses to informally separate instead of filing for a legal separation. Properties purchased in the absence of a divorce or legal separation are not exempt from being marital properties. Even while living apart, spouses’ finances and purchases are commingled unless they actively try to separate them by:

Separation periods often lead directly to divorce because spouses had time to come to the decision. Spouses may feel like they financially split from each other when they first separated. However, the split did not legally occur until they received a divorce or separation judgment.

It is wise to avoid making any major purchases while separated or negotiating the financial aspects of divorce. Your purchases may contribute to your marital property and require you to compensate your spouse in the division of property. You also must watch for any major purchases that your spouse may be trying to hide. A Kane County divorce attorney at the Law Office of Martoccio & Martoccio can help you determine what is marital and nonmarital property during your divorce. Schedule a free consultation by calling 331-588-6611.