Determining Desertion as Grounds for an Illinois Divorce 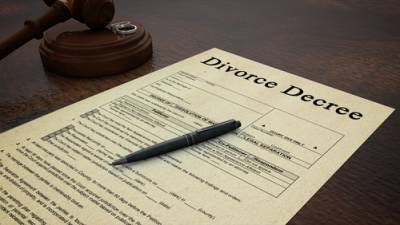 Currently all states recognize “no fault” divorce as this type of process permits divorce proceedings to move forward without the implications of the “blame game”, but only if both parties are in full agreement.

If you reside in Illinois and feel that the establishment of grounds under abandonment or desertion is evident under the Illinois Marriage and Dissolution of Marriage Act of Marriage Act (750 ILCS 5/), the following applicable information may prove beneficial before discussing this course of legal action with a qualified Illinois family law attorney.

How Does Illinois Statute Define Desertion?

Although Illinois is designated as a “no fault” divorce state, the courts may grant a divorce on the grounds of desertion but only if one spouse has opted to separate from his or her spouse for at least one calendar year without returning and possibly withholding any type of financial support.

How Can a Spouse Legally Prove Desertion?

Often this can be quite easy to establish. Perhaps producing an alternative address, proof of utility service or current lease outside the marital property are acceptable items of legal verification that one spouse has vacated the marital residence with the intent to dissolve the marriage.

If the vacating spouse can prove that the other spouse’s behavior or actions initiated the desertion, the courts may classify the divorce as contested and dismiss the desertion divorce petition, allowing the divorce process to continue under no-fault status.

How Does Desertion Complicate Custody and Support Issues?

If a spouse deserts his or her family, including parental responsibilities and financial support, in some states, the courts can determine de facto custody providing temporary custody to the at-home spouse during the divorce process, often resulting in final permanent custody. For those establishing desertion grounds in Illinois, the court may determine, based upon the circumstances, to award temporary and later permanent custody in the best interest of the child.

In extreme court cases, desertion can lead to the loss of parental rights. If the vacating spouse defied a child support order and openly refused to maintain contact with the minor child, the court may declare the parent unfit and remove all legal parental rights.

If you reside in Cook, DuPage, Kane, Kendall or Will Counties and are considering establishing desertion as grounds for divorce, contact the experienced Hinsdale family law attorneys of Martoccio & Martoccio to schedule your free consultation today.