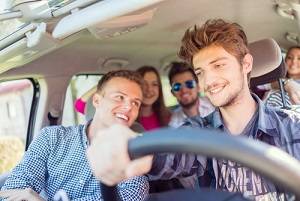 Summer is a time for fun, recreation, and relaxation for many people. Baseball games, barbecues, or days at the beach can bring families and friends together in the sunshine and warm weather that has started to become more prevalent in Northern Illinois. Unfortunately, summer is also the setting for what the American Automobile Association (AAA) calls the “100 Deadliest Days” for teen drivers.

In each of the last five years, approximately 1,020 people have been killed in accidents involving teenage drivers in the 100-day stretch between Memorial Day and Labor Day. That works out to an average of more than 10 fatalities per day in the United States. During the summer months, the number of average deaths in crashes involving teens increases by more than 15 percent over any other period of the year, due, in large part, to the increased amount of driving teens do in June, July, and August.

Considering the number of public awareness campaigns and other efforts, it comes as little surprise to learn that nearly 60 percent of teen driver crashes involve some level of distraction to the driver. What may be unexpected, however, is that cell phone use—including texting while driving—is not the biggest source of driver distraction. While cell phone use is certainly dangerous and does contribute to thousands of teen crashes each year, even more accidents were found to be the result of distractions provided by others in the car.

Focus on the Road

Safety experts caution teen drivers to be acutely aware of their surroundings and, of course, to put their phones down while driving. They also encourage those who ride with young drivers to contribute positively to the situation as well. Additionally, parents can have a significant impact by frequently talking with their teens about safe driving and setting a good example. By helping teen drivers to remain focused on the road, officials and concerned parents hope to avoid unnecessary tragedy and to reduce this summer’s death toll.

If you have been injured in an accident caused by a distracted teen driver, you may be entitled to collect compensation for your injuries. The experienced team at Martoccio & Martoccio is equipped to help you recover the damages you need to get your life back on track. To learn more about your options, contact a skilled personal injury lawyer in Hinsdale, Illinois. Call 630-920-8855 for a free, no-hassle consultation today.