Divorce in China Surges Due to New Tax Law

Divorce is usually left for heated arguments that just cannot be resolved. For conflict that is too hard to work through. But for a loophole in a new Chinese law? 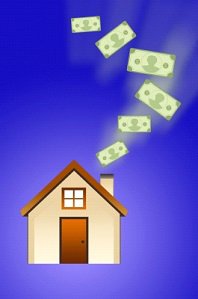 The past week divorce registration in China’s big cities such as Shanghai, Nanjing, and Wuhan, have increased greatly. Being asked why, the majority of the responses are due to wanting to move through the loophole of a new tax property law. These fake registrations are a new tactic of Chinese couples to avoid having one of their two homes be classified as a second home that would put them at a 20 percent capital gains tax if sold and married. After the divorce and the sale of the home(s), the couple can claim to be remarried after another filing.

China is trying its hardest to stop its property boom. The Chinese have very limited ways to invest with good returns. Artificially low yields on savings accounts make it ridiculous to invest in the general bank arena. Stock market is another story and is so hard to access to the general public. Real estate is just the easiest and most accessible way to invest in China. However, the government still tries to stop the investment and what banks can do to help and lend. Though people are not seeking to end their marriages, drastic measures are in place for some so they can earn money on markets such as real estate. Being a non-democratic system makes it hard for the Chinese to be able to look out for the future.

If money is an issue in your marriage and it seems that a resolution is not going to happen, maybe a divorce to settle the issue needs to be in place. Contact a DuPage divorce attorney to get the information and help you need.