Are We Over the Divorce Rate Debate? 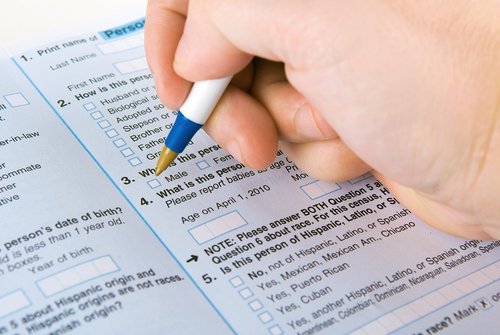 It is evident that American couples face a high rate of failure when it comes to marriage but have we as a society become obsessed with tracking the divorce rate and furthermore do these personal decisions actually have an impact on our society overall?

The U.S. Census Bureau believes it may not as they recently proposed the elimination of several marriage and divorce-related questions from the American Community Survey (ACS) alluding that data derived from these survey questions often run the risk of placing America’s divorcees in a lower benefit or cost category but as CNN Money reports, many experts disagree.

One of those experts, W. Brad Wilcox, director of the National Marriage Project at the University of Virginia believes that by eliminating these questions there could be a dark abyss of lost research widening the gap of social and economic trends leading to profound implications on social research and even severe ramifications for the Social Security Administration.

Currently the ACS includes these questions to measure the course of marriage and divorce rate in the U.S.:

Although fairly simple questions, the Census Bureau believes the survey is not the only way to track the marital and divorce decisions of American society but researcher, Steven Ruggles, president of the Population Association of America believes the ACS is the single most accurate source of marriage and divorce data today. Ruggles also mentioned that without this data, the recent trend of divorces among baby boomers would have gone unnoticed.

D’Vera Cohn, senior writer for the Pew Research Center also believes in the importance of continuing to collect this data from the ACS due to the lack of statistical reporting by various states, such as California who does not provide divorce statistics and accounts for 20 percent of the American population.

As proponents of leaving the questions in the ACS, both Ruggles and Cohn believe the data supports and generates population models as well as providing an estimate of the number of marriages that eventually will result in divorce often influencing government policy and other federal policy decision-making.

A strong example was the Social Security Administration who uses the data to determine the percentage of the population on both the marital and divorce rate level especially when it comes time to begin collecting benefits. Ruggles believes that if the federal government wants to derive statistical data on the health of the Social Security Administration budget model that incorporates the divorce rate leads to a fairly informed analysis.

Perhaps as many more millennials are holding marriage at bay, this could be the underlying factor for the Census Bureau’s proposal but as researchers request the inclusion of the questions to remain intact, these changes could go into effect as early as 2016.

If you are facing divorce the experienced Hinsdale divorce lawyers of the Law Office of Martoccio & Martoccio understand just how personal this situation is to you and your family. For 35 years, with professionalism and compassion, we have been assisting clients throughout DuPage, Cook, Kane, Kendall and Will Counties concerning all matters of family law. Contact us at 630-920-8855 to schedule your free consultation today.