Do I Need to File a Counter Petition for Divorce in Illinois? 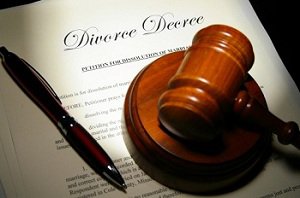 If my spouse files for divorce in Illinois, do I need to file a counter petition also asking for divorce? It sounds like a simple question doesn't it? But the answer is not what you would expect.

First, assume that your spouse has filed a divorce case, now called a dissolution of marriage case. Second, assume the two of you have come to a complete agreement. This would include jointly deciding such things as:

This is a general list of what most people need to decide to have a truly uncontested case but not a complete list which varies with each case. Then, there is no need to file a counter petition for dissolution of marriage if your spouse has already filed his or her petition seeking dissolution of your marriage.

However, if there is going to be a dispute over any of these issues or you are not sure about having such a dispute, then you need to file a counter petition requesting the judge to grant you a dissolution of marriage as well. It does cost several hundred dollars to file a Counter Petition but it is a good idea anyway.

Why would I ever need to do that?

The simple reason is this: Your spouse's dissolution of marriage case on file with the court goes along as you try to come to a complete agreement, but low and behold there is no agreement as to all the issues.

If your spouse has filed a petition for divorce, it's important to contact a knowledgeable family law attorney. Do not leave control of your divorce (and your life) totally up to your soon to be ex-spouse.