Does Cohabitation Before Marriage Lead to Divorce? 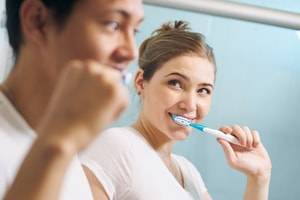 Cohabitation has become more common for younger couples because:

A larger sample size makes it less likely that outliers will skew the final results. With cohabitation becoming more normal, the divorce rates for people who lived together before marriage should more closely resemble the average divorce rate.

Some researchers have concluded that cohabitation before marriage is actually associated with lower rates of divorce. The logic is that cohabitation prepares a couple for married life together. They must learn how to cooperate with each other in handling household expenses and responsibilities. They become familiar with each others’ personalities and what it is like living together. If they discover that they do not get along, they break up before marriage. If they do get married, they are continuing the same lifestyle they already had.

A recently published study concluded that couples who cohabitated had a lower-than-average rate of divorce in their first year of marriage but had a higher-than-average rate of divorce by their fifth year of marriage. The findings suggest that prior cohabitation gives spouses only a temporary advantage over spouses who never lived together. However, the data does not explain why cohabitation would ultimately increase divorce rates. An important distinction may be the intentions of a couple when they move in together. Couples who cohabitate with the intention of marriage may be better prepared for marriage than those who did not know whether they would marry before they started living together.

Did your decision to cohabitate before marriage contribute to your divorce? It is possible if it encouraged you to rush into an ill-advised marriage. However, the reasons why your marriage is ending is less important once your divorce has started. A Geneva, Illinois, divorce attorney at Geneva Family Lawyers is here to help you when you have decided to divorce. Schedule a free consultation by calling 331-588-6611.