Who Gets the Dog in a Divorce? 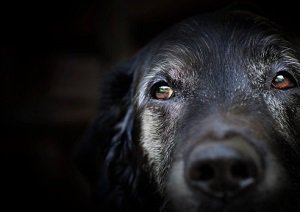 While it might be easy to make light of this issue, many people have a large emotional investment in their dogs. Other pets as well are frequently the most important relationship in a divorcing person's life. If that is so, why is "custody" of a dog or cat not considered in the Illinois divorce laws?

Animal companions have become vitally important to people since our current culture recognizes the importance of a dog or a cat as a companion. So what happens to your dog in a divorce?

Illinois courts do not consider pets to be like children whose custody is subject to dispute or whose custody should be shared by the parties in a divorce. But a custody fight over your dog can happen. As a practical matter, here is what happens:

1. If the pet is truly attached to a child of the divorcing parents then the pet is usually ordered to become the property of the custodial parent of the child. In other words your dog or pet follows the child.

Agreed Pet or Dog Paragraphs in a Marital Settlement Agreement

2. If the parties agree, the divorce Court will usually permit specific paragraphs in the divorcing parties Martial Settlement Agreement as to how possession or ownership of a dog, cat or other pet should occur. So by agreement you could in fact have shared time like joint custody of your dog or other pet with your ex spouse.

Beware: Pet Leverage in a Divorce

3. If the parties argue over the dog or other pet, then watch out: your soon to be ex spouse is not simply asking for your dog but using your dog as a bargaining chip to gain an advantage in other negotiations such as money or property. Pet leverage in a divorce case is becoming more common. Take the initiative, perhaps park your dog or pet with a friend or relative long before filing for divorce.

4. Look to the property division rules, if you owned your dog before the marriage then that dog is your non-marital property and must be assigned to you not your spouse.

5. Try negotiating by giving up something else your spouse wants in exchange for your dog or pet. Some spouses will end up paying large amounts of money to their soon-to-be-ex spouse in order to have sole custody of their pet.

6. If your dog's possession is resolved as part of a negotiated divorce or collaborative divorce, then everything is fair game to be divided. Consideration should be given to the facts of the case such as: who has cared for the dog most of the time, who exercised the dog and who paid for or took care of the pet needs such as food or medical care.

If you are going through an Illinois divorce and your family dog is in question, contact a Hinsdale family law attorney at the law office of Martoccio & Martoccio. Call 630-920-8855 today.