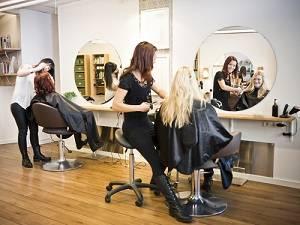 Beginning this January, Ilinois salon employees have joined in the fight to identify and offer support and suggestions to their clients when instances of possible domestic violence or instances of sexual assault may be evident or disclosed.

The legislation, originally proposed by State Representative, Fran Hurley, (D-Chicago) and supported by Alderman, Matthew J. O’Shea (19th Ward - Chicago) has been added as an amendment to the Professions, Occupations, and Business Operations, Barber, Cosmetology, Hair Braiding and Nail Technology Act of 1985 (225 ILCS 410).

By enacting this amendment, Illinois is the first state in the nation to mandate domestic violence and sexual assault training for those working in the cosmetology industry. The mandate requires one hour of training for all nail technicians, cosmetologists, and hairdressers. This requirement must be met at the time of new licensure or at license renewal every two years. This training program will be added to the currently required 14 hours of continuing education required for license renewal.

The content of the education/training session includes both domestic violence and sexual assault curriculums devised by the Illinois Department of Financial and Professional Regulation and is entitled, "Listen. Support. Connect."

The reasoning of why cosmetology professionals should be included under this new regulation is that the supporters believe that women have a tendency to build a bond with their saloon favorites and may be more open to discuss instances of sexual assault or acts of domestic violence. Also, as relationships have developed over the years, a trusted salon employee may be intrinsically alerted to changes in mood and behavior.

Under this new measure, signed into law by Governor Bruce Rauner in the summer of 2016, the program correlates with another program in place, instituted by the Professional Beauty Association’s Cut It Out program which has a similar educational outline.

Although the program and educational licensing requirements are currently in place, Alderman, Willie B. Cochran (20th Ward - Chicago) voiced concerns that saloon employees could be held civilly or criminally liable “for acting in good faith, or failing to act on information obtained during the course of employment concerning potential domestic violence or sexual assault."

Alderman Cochran also stated that even though detecting and identifying a victim of domestic violence or sexual assault is a step in the right direction, it is a scratch on the surface of a much more complicated problem, the victim themselves.

It is common knowledge that victims of domestic violence or sexual assault hold the truth buried within themselves. Most often this is the case as many victims are reluctant to report instances of abuse for reasons that may include:

The amendment serves as an effort to increase not only awareness but education about those suffering from domestic violence or sexual abuse. It is a sound start and by increasing the field of those who can help in time of need is a start in the right direction.

If you have been named in a domestic violence or sexual assault suit or are the victim of domestic or sexual abuse seeking legal recourse, the experienced Hinsdale domestic violence attorneys of the Law Office of Martoccio & Martoccio understand the complexities of the charges or the urgency of the matter. Contact our office to schedule your free consultation today at 630-920-8855.