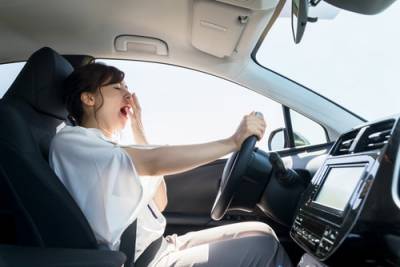 Many Americans find it a challenge to balance their busy schedules and do not get enough sleep as a result. When they miss out on sleep, they increase their risk of drowsy driving and causing a car accident. The most common signs of drowsy driving include having trouble keeping your eyes open, drifting from your lane, and failing to remember the last few miles driven.

The AAA Foundation for Traffic Safety recently conducted a study that revealed that drowsy driving is, in fact, a serious issue in the United States. Their research showed that the average number of crashes caused by a drowsy driver is actually 9.5 percent higher than the previous estimation by the government.

In previous years, the government conducted drowsy driving accident research by simply reviewing police reports. Drivers who were at fault for the collision would be asked by the police officer whether they felt drowsy before or after the crash. The answers of these liable drivers served as the only form of data available to the government.

The AAA used a different strategy to learn more about drowsy driving. They evaluated reviews of dashcam footage, which showed real-time accidents. After carefully assessing the footage of over 700 crashes, researchers figured out the percentage of time the driver’s eyes were closed when the accident occurred. If a driver’s eyes were 80 percent closed or more for 12 percent or more of the video frame, they were considered drowsy drivers.

Fortunately, there are technological innovations that may be able to prevent drivers falling asleep. The majority of auto manufacturers are equipping their vehicles with the following technologies:

Even with these technologies, drowsy driving continues and will likely continue to occur. If you sustain an injury that was caused by a drowsy driver, we encourage you to reach out to our highly skilled DuPage County car accident lawyers. Call 630-920-8855 for a free consultation.