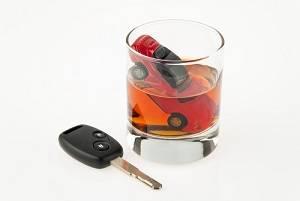 When a person who has been drinking gets behind the wheel of a car or truck, he or she is playing a very dangerous game in which there are no winners. If the person gets home safely that night, it reinforces the erroneous belief that it will be okay to drive drunk again at a later time. If the person is involved in an accident, however, the results can be devastating to the driver and innocent victims.

Local officials believe that this was exactly the scenario that claimed the life of a 9-year-old Aurora girl this past weekend. One man was taken into police custody and is now facing several felony charges, including aggravated DUI and leaving the scene of the accident which killed the young girl and injured at least two others.

According to reports, the accident occurred when a Cadillac driven by the 25-year-old suspect crossed the center line and veered into oncoming traffic. The minivan in which the little girl was traveling was being driven by her mother, who attempted to swerve to avoid the accident. The Cadillac clipped the minivan on the passenger side, where the 9-year-old was sitting, and sent the van into a building on the side of the road.

The driver fled on foot, police say, but was apprehended without incident a short time later. The 9-year-old was rushed to Presence Mercy Medical Center, along with her two injured friends, ages 12 and 10. She was pronounced dead at the hospital later that night.

There is no amount of money in the world that could ever truly compensate for the loss of a loved one in a drunk driving accident, especially when the victim is a child. A victim’s family, however, may still be entitled to collect damages from the at-fault party to cover medical bills, funeral costs, and other related expenses.

A criminal case against the drunk driver may impose penalties, but such proceedings rarely, if ever, address the needs of the victims and their families. When you have lost a loved to a drunk driver, a wrongful death suit could help you get the compensation you need to restore some semblance of normalcy to your life.

If your family has been forced to endure tragedy because of the actions of a drunk driver, contact a skilled, compassionate Hinsdale personal injury attorney. We will work with you every step of the way, helping you rebuild your life and protecting your family’s future. Call 630-920-8855 for a free consultation with Martoccio & Martoccio today.