Early NFL Retirements May Be Linked to Danger of Head Injuries 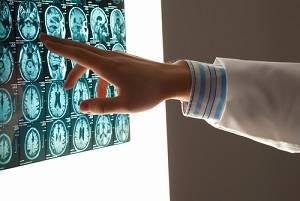 Earlier this week, journeyman quarterback Matt Hasselbeck announced his retirement from the National Football League this week after an 18-year career. The announcement marks the second from a veteran quarterback in recent days, as surefire Hall of Famer Peyton Manning announced he was leaving the game last week, following his own 18 years in the NFL. Players retiring after nearly two decades playing an extremely violent sport is hardly unusual, but several others have decided to call it quits this offseason as well, a number of whom have yet to reach their 30th birthdays. Experts are speculating that many of these relatively early retirements, including those of Detroit Lions star Calvin Johnson and former Super Bowl winner Marshawn Lynch could be due to the increased awareness of the serious dangers presented by football-related head and brain injuries.

Throughout the last decade and a half, doctors and researchers around the country have been trying to understand better the connection between repetitive head trauma and chronic traumatic encephalopathy, or CTE. Once common primarily among boxers, CTE is a degenerative disease that has been linked with multiple concussions and, increasingly, repeated non-concussive hits to the head. CTE is thought to be a factor in the premature deaths of many former NFL players, including several tragic cases in which the players took their own lives. According to reports from Boston University, one of the nation’s premier centers for CTE research, CTE has been discovered in more than 90 percent of brains donated by the families of deceased former players.

Past and Current Lawsuits

In the spring of 2015, the National Football League announced a $1 billion settlement offer in a class-action lawsuit brought by thousands of former players. The League stopped short of acknowledging full liability for the players’ conditions and critics believe that the offer is still woefully inadequate. In addition, roughly 1,000 former players have also filed suit against one of the sport’s largest helmet manufacturers based on claims that the company knew more about the risks of concussions and injuries that it had ever disclosed.

Head injuries are also beginning to have an effect at lower levels of the sport as well. The New York Times reports that Pop Warner, football’s counterpart to Little League Baseball, has settled with a family of a former youth player. The young man committed suicide and was posthumously diagnosed with CTE. The role of youth football in causing concussions and CTE is perhaps a bit more troubling, as Pop Warner and similar programs are staffed primarily by volunteers with little or no training and experience in dealing with head injuries. While efforts continue to educate volunteer coaches, players, and parents, sometimes, competitiveness can distort a coach’s judgment, and serious injuries can occur.

If your child participates in youth sports and has suffered a severe head injury, or any other type of injury, as the result of negligence on the part of a coach, official, or administrator, you may have options under the law. Contact an experienced DuPage County personal injury attorney today to learn how we can help you find the appropriate resolution you deserve. Call 630-920-8855 to schedule a free consultation at Martoccio & Martoccio today.