How a Changing Economic and Political Landscape Affects Marriage 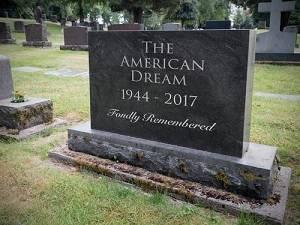 With both female and male millennials opting against traditional marriage, CBS News is now reporting that millennial men are having even a more difficult time tying the knot. With marriage rates on a downward trend since the decade of protests and cultural change, economists are acknowledging that within a dwindling economy, men with less than stellar salaries are experiencing dwindling marital prospects.

David Autor, economics professor at The Massachusetts Institute of Technology, better known as MIT, strongly believes that the decline of American manufacturing, as well as the rise in Chinese imports, has greatly affected the blue-collar man in many areas, including their options for finding a compatible and committed partner.

Even if a man does find a partner, the prospects of lower incomes and fewer advancement opportunities have spiked instances of risky behavior often leading to the breakdown of the relationship and ultimately, divorce.

Co-authors of the study, David Dorn, University of Zurichand and Gordon Hanson, University of California, San Diego also believe that this sector of the American male may even be disappearing, as Chinese imports continue to take a greater share of trade, the ratio of young men to women declines by almost two percent.

As mentioned before, the progressive migration toward riskier behaviors, due to the lack of prospects often opens the doors to higher rates of alcohol or substance abuse, incarceration, homelessness and even suicide, none of which are an appealing precursor to establishing a successful marriage.

The MIT study certainly does not paint an optimistic picture or even a happy ending as many Americans in both rural and urban areas that once relied heavily on manufacturing are feeling the fallout.

Another study, conducted by Princeton professors, Angus Deaton and Anne Case, has established that many more white middle-age Americans are dying at higher rates than their predecessors from depression, addiction, and suicide.

Both the MIT and Princeton studies, as well as leading economics, do believe the situation is tied to too few economic opportunities not only for blue-collar but all classifications of American workers.

As millennials continue to rewrite the vows of traditional marriage, the ever-changing American political and economic climate will continue to forecast the type of American dream available to those who relied heavily on American manufacturing as well as those who opted for higher education.

No one wants to experience the loss of a job, wages or least of all pride, but if your version of the American dream is falling apart and divorce is imminent, you can rely on the experienced Hinsdale divorce attorneys of the Law Office of Martoccio & Martoccio. For 35 years, our law firm has been assisting clients throughout DuPage, Cook, Kane, Kendall and Will Counties with sound legal advice and hopes for a brighter future. Contact our Hinsdale office at 630-920-8855 to schedule your free initial consultation today.