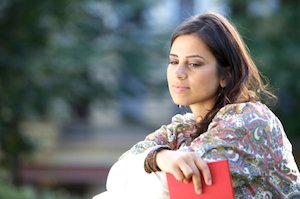 A lot of anecdotes and research shared by the media focuses on the downside of divorce, whether it’s the cost, the emotional turmoil that surrounds it, or the best ways to help children cope with their changing life.

Some studies have looked at the fact that married couples tend to report higher levels of happiness than do individuals. This has led some scholars to start exploring whether there are any emotional benefits to dissolution of marriage, both in the short term and long term.

Researchers in Great Britain discovered that both men and women eventually see an improvement in their psychological well-being after going through a divorce. Researchers found that divorce can cause some short-term trauma, but individuals who were interviewed just one year after their divorce had been finalized reported improvements in their mental stress. This research indicates that for some couples, although divorce can cause short term psychological issues, those couples that were already experiencing high stress as a result of their marriage are actually better off in the long run by obtaining a divorce.

Like any grieving process, divorce can take its toll on spouses and involved children. Learning how to cope and adjust to this new lifestyle, however, might be in everyone’s best interests after they have gone through an adjustment period.

Going through a divorce can be like taking a leap into the dark, but surrounding yourself with a support system and giving yourself time to process your emotions can be very helpful for you. Try to take a step back from the legal hoopla when you can to take up a new hobby, catch up on sleep, and spend extra time with children.

While divorce isn’t easy, if you already sense that it’s the best option for your family, you should consider taking the next step by setting up a meeting with an Illinois divorce attorney.