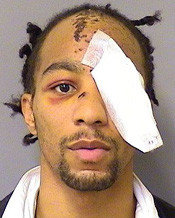 According to the Chicago Tribune, a wrongful death suit has been filed by the family of Deandre Plair, the 26-year-old who was killed in a crash that took place on the Dan Ryan Expressway earlier in the year.

The suit alleges that the accident would have never happened if the driver, Raheem Dennard would not have been allowed behind the wheel. The suit also alleges that Dennard’s mother was negligent because she knew that her son did not have a valid driver’s license. With this knowledge, she elected to allow her son to borrow her vehicle.

Dennard was driving the vehicle and collided with the barrier wall. He crossed traffic and the car stopped near the bridge at 47th street. Plair was a passenger in the vehicle. He was killed and another person that was in the car was also seriously injured. Dennard fled the scene of the accident but later turned himself in to the Illinois State Police. He was subsequently charged with leaving the scene of an accident as well as reckless homicide.

The lawsuit brought forth further states that Dennard’s mother’s negligence is the cause for Plair’s two young sons being deprived of a father in their lives. The suit is seeking more than $100,000.00 in compensation.

While a financial award will not do anything to take away the pain of losing a loved one because of the negligence of another person, it can definitely take away the financial strain that the situation can leave the family in. If you or a loved one are directly affected by the negligent act of another person, you may have the basis for a personal injury lawsuit. An experienced and knowledgeable Illinois personal injury attorney can assist you with picking up the pieces after a major loss.