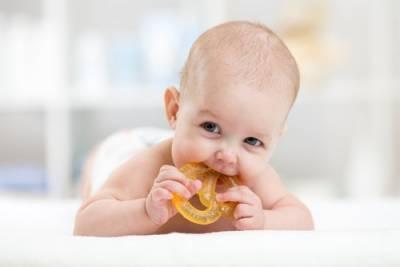 The U.S. Food and Drug Administration (FDA) is one of several federal organizations tasked with keeping American consumers safe from dangerous products. As its name implies, the agency is primarily responsible for ensuring the products meant to be consumed as food, drink, or medicine will not lead to serious illness or death. While the FDA is typically limited in its authority to order the recall of a particular product, manufacturers, producers, and distributors typically comply with requests and warnings by the administration. This week, however, one company is showing reluctance to issue a recall, despite claims by the FDA that a tablet intended for babies may contain a harmful substance.

Near the end of last week, the FDA issued a public warning to parents regarding homeopathic teething products under the Hyland’s brand name. Specifically, the agency expressed concerns over inconsistent levels of belladonna in Hyland’s teething tablets. This marks the third warning pertaining belladonna by the FDA since 2010 and the second in four months. Belladonna is a toxic substance extracted from the nightshade plant and has been linked with nervous system problems, including seizures, spasms, hallucinations and death.

According to a company spokeswoman, Hyland’s discontinued their teething tablets in November of 2016 but has not issued a recall. The spokeswoman maintains that the FDA has not formally requested a recall, and said that the test results released by the agency so far show belladonna levels to be “within the documented margin of safety.”

Unlike standard medicines and pharmaceuticals, homeopathic treatments such as the teething tablets in question are not evaluated for safety and effectiveness by the FDA. They are, however, regulated by the FDA, which means products are subject to testing and enforcement in certain situations. The current warnings were issued in response to some 400 reports of adverse events received by the FDA in connection with teething products containing belladonna. The FDA has even linked as many as 10 deaths with such homeopathic treatments.

Has Your Child Been Affected?

As any parent can attest, there is nothing worse than seeing your child in pain. Parents, however, should not need to worry about whether the remedy they are giving to their children is safe. If you have used a homeopathic teething product with your child and your child has experienced any type of negative effects, contact an experienced DuPage County personal injury attorney. We will review your case and help you take action against any and all responsible parties. Call 630-920-8855 for a free consultation at Martoccio & Martoccio today.