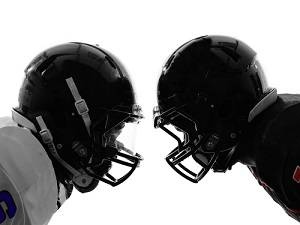 When most people think of a sports-related injury, they commonly refer to a pulled hamstring, sprained ankle, or maybe, a dislocated shoulder. Rarely do they consider a severe brain injury or the debilitating condition known as chronic traumatic encephalopathy, or CTE. While bumps and bruises, and even broken bones will eventually heal, traumatic brain injuries (TBIs) and CTE can have devastating effects for the rest of a person’s life. In fact, CTE has been linked to numerous cases of depression, suicide, and early death in recent years. CTE is most commonly associated with concussions and other head injuries, but research is beginning to suggest that changes in brain activity are also occurring in subjects who have never been diagnosed with such an injury.

According to findings published by the Purdue University Neurotrauma Group, more than half of the high school football players who participated in seven years of research trials showed signs of neurological damage. They also demonstrated dramatic alterations to brain function and biochemistry, despite never having displayed the dizziness or disoriented so often associated with concussions.

By placing sensors on the participants, researchers tracked impact forces and later matched that information to brain imaging and neurological tests. They found the most dangerous impacts were hits to the head that were not quite serious enough to demand immediate attention, but the cumulative impact of which increased over time. Experts believe that changes are needed to keep players safer, including advancement in protective equipment and coaching techniques that acknowledge the seriousness of the danger.

Despite CTE’s surge in media coverage, thanks largely to PBS’s League of Denial: The NFL’s Concussion Crisis, researchers are still trying to unravel the mystery of the degenerative disease. To date, it has been impossible to determine if CTE can result from a single traumatic impact, from many smaller impacts, or a combination of the two. Symptoms of the disease are often not evident until years after a player has stopped playing, making it all the more difficult to draw conclusions.

The National Federation of High School of State High School Associations (NFHS), USA Football, and other sports governing bodies have begun taking a more proactive approach to concussions and potential head injuries. Campaigns are underway to help teach young players how to play safer, as well treatment protocols for coaches and trainers. Referees and officials have also been instructed to more strongly enforce safety rules to help get unnecessary head trauma out of the game as much as possible.

If you or your child, however, has suffered a severe brain injury on the playing field or in any other type of accident, and someone else’s negligence was the cause, contact an experienced DuPage County personal injury attorney. We will review your case and help you explore every possible avenue for pursuing the compensation you need for medical bills, lost wages, and more. Call 630-920-8855 today for your confidential consultation at Martoccio & Martoccio.