Don't Get Caught Driving in Illinois Without a Current Vehicle Sticker! 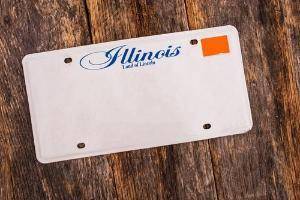 Surprise: just as I predicted Illinois has received quite a windfall after the Secretary of State Office stopped sending mail reminders to drivers of license plate renewal stickers, in order to save money for the state. Not only has Illinois benefited by saving $400,000—sounds like a lot. But that is actually $400,000 per month! About 800,000 renewal reminders are sent out each month for the 11 million vehicles registered in Illinois.

Update: Not mailing the notices has caused a multimillion dollar windfall to Illinois in fines assessed against Illinois drivers. The Associated Press reported Thursday that Illinois drivers paid more than $2.7 million in fines from Jan. 1 through Feb. 22, 2016 or $1.2 million more than a year ago. Since many drivers wait until they receive the application by mail for the Illinois license plate renewal sticker.

Not a big deal for the state of Illinois: what does $4.8 million by not mailing notices to unsuspecting Illinois drivers along with $2.7 million in fines collected from them for grand total of $7.5 million mean to the Illinois legislature. Not much apparently.

Proposed legislation would suspend the $20 fine for motorists until Illinois ends its 8-month-old budget deadlock. The Secretary of State's office stopped mailing reminders in October. Representative Jaime Andrade is sponsoring the legislation. The Chicago Democrat says the surprise cost is unfair to residents living on their own tight budgets. I say good for you, Rep Andrade. Reminder to the legislature not to put their poor management decisions made by their predecessors on the backs of the taxpayers in Illinois. Otherwise residents may many want to rethink living in another state, like say "Colorado" that is financially responsible.

Takeaway: have the Secretary of State of Illinois send you email notice that your vehicle sticker is due for renewal

If you have been affected by fines due to the changes of the Secretary of State, you should understand your rights. Call Martoccio & Martoccio at 630-920-8855 today to schedule a consultation.