How Long Must I Wait to Get Divorced in Illinois? 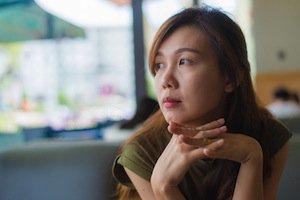 How often have you heard someone say, "I can't wait to be divorced?" Prior to January 1, 2016, under Illinois divorce law, spouses could divorce using the grounds of "reconcilable differences" if both parties agreed [stipulated] that they had been physically separated for a period of more than six months. However, if only one spouse wanted the divorce, irreconcilable differences as a grounds for Illinois divorce was delayed until after the couple was physically separated for a period of at least two-years.
Shorter Waiting Period to Get Divorced in Illinois
Times have really changed in Illinois. There is now a much shorter waiting period for those wanting to be divorced in Illinois. Effective January 1, 2016, new Illinois divorce law has dramatically reduced that waiting time to six months if one spouse objects to the divorce. The new Illinois divorce law of January 1, 2016 has also dramatically reduced the waiting time if the parties agree to no wait at all.
No Waiting Period to Get Divorced in Illinois in Uncontested Cases
That is right. There is no wait at all to get divorced in Illinois. If the parties petition for divorce on day "one" they could be divorced by day "two" or as long as it would take an experienced divorce lawyer to prepare the necessary papers and process the case to the court. Two or three day divorces from start to finish may soon become the waiting time reality to get divorced in the state of Illinois.

Changes to the Law As it Now Reads

(a) The court shall enter a judgment of dissolution of marriage when if at the time the action was commenced one of the spouses was a resident of this State or was stationed in this State while a member of the armed services, and the residence or military presence had been maintained for 90 days next preceding the commencement of the action or the making of the finding:

Irreconcilable differences have caused the irretrievable breakdown of the marriage and the court determines that efforts at reconciliation have failed or that future attempts at reconciliation would be impracticable and not in the best interests of the family.

a-5) If the parties live separate and apart for a continuous period of not less than 6 months immediately preceding the entry of the judgment dissolving the marriage, there is an irrebuttable presumption that the requirement of irreconcilable differences has been met.

A Word to the Wise: Do Not Try to Go it Alone