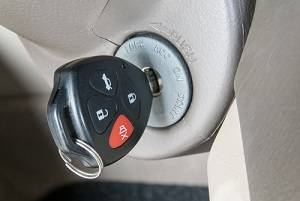 $900 million. That is the amount General Motors (GM) has been fined as a result of a criminal suit for deaths that occurred because their vehicles had faulty ignition switches. 124 people died behind the wheel of cars with an ignition defect that caused them to shut off the car while it was being driven, disabling the airbag, power steering and power brakes. Heartbroken families now have to live with their loved one’s loss, many frustrated that executives at GM are not being held personally accountable. As is turns out, the ignition defect was apparently known to the company years in advance of the actual recall being issued. A settlement deal for civil cases involving serious injuries and death has also been reached. Hundreds of personal injury and wrongful death suits are still pending. If you or a loved one has been involved in a serious accident that you suspect was due to a defect and/or malfunction in the vehicle, contact an experienced personal injury attorney to assess the merits of your claim.

The head of the National Highway and Transportation Administration (NHTSA) recently commented that major issues presented to the agency should be given the fullest attention and examination of how pervasive a particular issue could actually be throughout the industry as a whole. Meanwhile, innocent victims continue to add up as statistics, until formal recalls are instituted. Usually, NHTSA technical experts are charged with the task of deeming an issue serious enough to issues a recall, however, some manufacturers voluntarily issue a recall and in some case they are court-ordered. If a manufacturer discovers a defect, they are obliged to notify the NHTSA, but unfortunately, that is not always the case. In this highlighted case, GM knew of the defect but did not notify the NHTSA in a timely manner.

GM has set up a dedicated recall page but seeking the advice and counsel of a compassionate legal team is vitally important. The ignition issue affects cars all over our nation’s roads and can affect any one of the innocent drivers who drive them. The automaker previously claimed the problem was not persistent enough and did not pose a safety concern. That has since proved to be seriously flawed assessment. If you or someone you know suffered a catastrophic injury due to a possible ignition switch defect, contact an experienced DuPage County personal injury lawyer at Martoccio & Martoccio to discuss your case. The consultation is complimentary and the advice is invaluable.