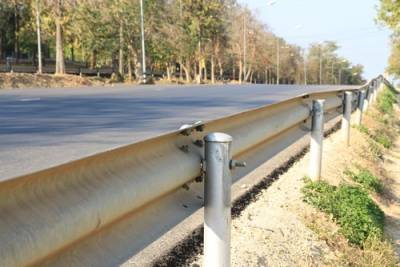 When they work properly, highway guardrails can have a tremendous impact on roadway safety. They can prevent rollover accidents and keep drivers from crossing over into oncoming traffic, both of which are among the most serious types of traffic accidents. However, a number of recent cases have raised concerns that certain guardrails installed across the country may actually do more harm than good.

The issue relates to the end cap used on many guardrails, which may cause the guardrail to buckle under the force of the impact and create a spike that can pierce the body of the car. Numerous accident victims nationwide have experienced these issues firsthand, resulting in more than a few fatalities and lost limbs.

The Technology in Question

Guardrail end caps are pieces installed on the traffic-facing edge of guardrails to protect drivers who crash into them. Without properly functioning end caps, the sharp end of the guardrail could easily puncture the passenger compartment, injuring any occupants of the vehicle. The end cap is a complex piece of safety technology that accomplishes two tasks at once. First, as the accident occurs, there is a flat slot on the backside of the cap. The force of the car pushes the rail itself through the slot, flattening it out from a stiff metal structure into a more flexible ribbon that cannot pierce the vehicle. At the same time, a blade on the back of the cap uses the accident's force to dislodge the rail from its support posts, making it easier to move and less likely to puncture the car. Working versions of these end caps have been approved by the Federal Highway Administration and have been installed nationwide.

The issue with the end caps began, as it often does, with cost cutting. The company that manufactures the end caps began looking for a way to make a cheaper version of them. The first time around, the drive for cost effectiveness worked perfectly. They produced an equally safe end cap with lower production costs. However, the next set of upgrades caused a problem. The slot that flattens out the guardrail was reduced in size. This made it more difficult for the rail to fit through, and in some instances caused the rails to jam. If the rail jams, it does not flatten. Instead, it folds over itsel and turns into a sharp point, capable of punching its way through the car that it was originally supposed to be protecting.

The problem has now been ongoing for several years, and accident victims have continued to suffer unnecessary harm. Some have even died as a result of the safety device failing to do its primary job. While a number of states have placed a moratorium on new installations of the pieces in question, they are still in use on numerous guardrails around the nation.

Get the Compensation You Deserve

If you or someone you love has been injured in an accident in which a guardrail endcap failed to work as designed, you may be eligible to collect compensation for your injuries. Contact an experienced DuPage County personal injury attorney to discuss your case and to explore your available options. Call 630-920-8855 for a free consultation at Martoccio & Martoccio today.