Five Strategies for Surviving a Divorce with a High-Conflict Spouse 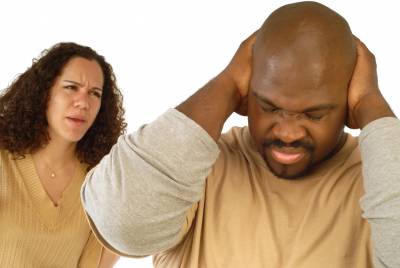 No matter the circumstances, a divorce is an emotionally charged event in the lives of two people deciding to dissolve their marriage, but a divorce with a high-conflict personality can be especially challenging.

For those currently facing this type of situation, therapists and psychologists highly suggest the following five survival tips for divorcing a spouse who exhibits narcissistic and high-conflict defense tendencies.

Avoid Adding Fuel to the Fire

It is believed that high-conflict individuals invite the call to battle with an agenda to create as much drama as possible. Although they may not be totally vested in the relationship, they will revert to slander, use the children as pawns, and revert to verbal harassment. The primary goal of this expressed behavior is to roadblock a partner’s quest to move past the marriage.

Even though this type of childish behavior is being used, it is best that the defending spouse remains calm and quiet. Anything said in defense will only be used against the exiting partner and steps should be taken to limit face-to-face interaction, especially when there are children involved.

Psychologists and therapists often classify high-conflict individuals as bullies. More often than naught they are out to win and will try anything to lower the self-esteem of the exiting spouse. Their advice, hold all emotions close to the vest and plan on arranging personal therapy or join a support group to vent and voice the anger in a safe environment. It is highly suggested not to provide any emotional ammunition that will escalate into a personal attack.

Plan for the Worst and Hope for the Best

During a divorce with a high-conflict individual, conventional wisdom is often lost. Often the individual is willing to continue the fight long after the divorce has been granted because they feel the need to be the “better” or scorned spouse. Therapists note that often the exiting spouse will be dragged into court time and time again due to minor indiscretions or total fabrications.

For the exiting spouse, therapists strongly suggest avoiding writing anything that could be incriminating in either an email or other written form of communication. It is also suggested that if the exiting spouse receives any threatening or abusive communications to save a screenshot of the message for possible use in court.

Even if the exiting spouse is responsible for contributing to the failure of the marriage, an admission of guilt should be discussed in a safe environment only. Therapists suggest doing so by enlisting the assistance of self-help support groups or a 12-step program. Family and friends are also considered a safe harbor to voice concerns.

This is advised as to confessing any form of responsibility for the failure of the marriage only arms the high-conflict individual with the power they need to paint an unflattering picture of the exiting spouse either in court or in the community.

Close the Door on Co-Parenting

Although children need to interact and maintain relationships with both parents, traditional co-parenting with a high-conflict ex-spouse is nearly impossible. Co-parenting, in the long run, will only infuse additional battles and continually place the children in the middle.

Therapists believe that when one parent exhibits a personality disorder it is best to separate the parenting responsibilities. It is suggested that birthday or special events are separately scheduled and keeping individual parenting styles undisclosed. Although it appears that limiting contact with the other parent may come off as vindictive, it is actually sparing the children from a higher level of conflict between both parents.

To survive an impending divorce with a high-conflict personality, one must learn to limit disclosures and to establish iron-clad boundaries. If you are currently considering petitioning for a dissolution of marriage from your narcissistic spouse, the experienced Hinsdale divorce attorneys of the Law Office of Martoccio & Martoccio understand the many complexities of divorce and the legal strategies needed to secure the best possible outcome for our clients. Contact our legal team at 630-920-8855 to learn more about our legal services today.