How Accurate Are Paternity Tests? 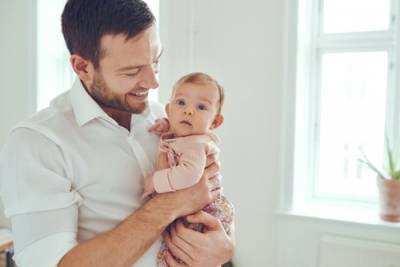 If you happen to stop to watch or listen to daytime talk shows, you may begin to question the validity of paternity tests. However, on the other hand, many people wonder whether or not some of those shows are staged, so perhaps we should not put much faith into the dramatic overtures seen when a father is, or is not, identified on television. On a serious note, a very real question that directly impacts the daily life and future of thousands of families across the United States depends on the reliability of paternity testing. Lives depend on them, but how reliable are the results?

DNA testing, also known as paternity testing, is intended to determine who the father is of a child. The practice gains a sample from both the potential father and the child through blood, cheek swab, umbilical cord, saliva, semen, hair, or another piece of tissue. The samples are then analyzed together to see how many commonalities are found within the two strands of DNA. The more closely two people are related, the more similar their genetic strands appear. A child receives half of their genetic code from each biological parent. Therefore the genetic code is a mixture of both. Now, paternity can be shown as early as eight weeks into the pregnancy through non-invasive blood testing of the mother. Also, if the father is uncooperative, testing may be done through the potential grandparents. This last method, however, may show parentage for any of the siblings in the family. Therefore, if the father has a brother, it does not conclusively say which brother matches more closely.

A Chance for Errors

It is possible that something can go awry during paternity testing, however unlikely. Many labs now utilize robots to examine the DNA samples to avoid human error on the laboratory side. Where there is a higher likelihood of confusion is at home, which is why home paternity tests are not court-admissible. Situations which arise from home paternity tests include:

If you want to establish paternity for your child, it is advisable to have it done through a court order. There is constant supervision throughout the process thereby limiting the number of potential errors. The results are reliable and admissible, plus there is additional value with the peace of mind of knowing there is no room for human error. If you would like to discuss your paternity options with a Hinsdale, IL paternity lawyer, contact the Law Office of Martoccio & Martoccio today at 630-920-8855 to schedule your free and confidential initial consultation.