“Unreasonable Behavior” Beats Infidelity as Leading Cause of Divorce 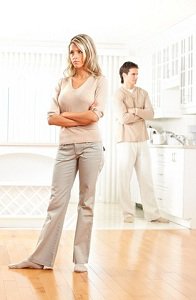 Although infidelity is still a problematic issue for individuals going through a divorce, it’s no longer the leading cause of marriage dissolution, according to a new study. A research project conducted by Co-operative Legal Services analyzed more than 5 million divorces stretching all the way back to the 1970s. Chief among the findings from the study was the fact that people today are half as likely to list infidelity as the reason for their divorce.

In the 1970s, 29 percent of divorces occurred after an issue or suspected issue with infidelity. Currently, only 15 percent of couples list cheating as the reason for their marriage dissolution. What’s on the rise, according to the study, is the blanket term known as unreasonable behavior. Today, 47 percent of divorced individuals in the research study pointed to unreasonable behavior as the critical factor for the marriage termination.

One of the interesting aspects of the study is that broad range of activities encompassed in the term “unreasonable behavior.” Some examples cited in the research included a spouse who had spent through all the family savings, a cross-dressing husband, and an unsociable husband who did not support a wife who wanted to spend time with her friends. Research regarding behavior and factors leading to divorce has become increasingly popular, with studies already exploring the link between financial challenges and divorce and the length of summer vacation’s influence on a couple’s likelihood to end the marriage.

Unreasonable behavior, however an individual defines this, can be a reason to end a marriage that has already been on the rocks. Divorce is a complex decision with many factors that requires serious thinking and research on your end.

If you are considering your options with regard to divorce, you should schedule a free initial consultation with a prominent Illinois divorce attorney.