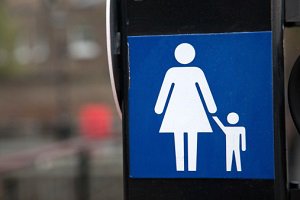 If you are married and are the natural parent of your child you do not need to petition the court for custody or guardianship of your child. So long as your parental rights have not been terminated by the court you are legally presumed to be the custodian of your child.

However, if you are an unmarried father and your name is not on your child’s birth certificate then you have no legal rights as a parent until you are established as a parent of the child by the court.

Parentage can be established in one of two ways: if you and the other parent agree, you can go to the Department of Vital Records and sign a Voluntary Acknowledgement of Paternity; if you and the other parent DO NOT agree as to parentage then you may file a petition with the court to establish it. To do this most courts will order DNA testing to be done. If you are the natural parent of your child but your name is not listed on the child’s birth certificate it is better for you to petition for custody of the child rather than guardianship because the Probate Court does not offer DNA testing.

2. The Issue of Standing with Respect to Custody

The first hurdle to overcome in either case is the issue of “standing”. That is, proving to the court that you have enough of a legal interest in the case at hand to bring it in the first place.

The standing requirement differs depending on whether you are petitioning the court for custody under the IMDMA, or guardianship under the Probate Act.

To have standing to petition for custody under the IMDMA the child must not be in the physical custody of either parent. This means that both parents have voluntarily and indefinitely given up care and control of the child. For example, if you have been taking care of a child for a number of years, and the natural parents of the child left the child with you voluntarily and have not attempted to assert their parental rights, then you likely have standing to petition the court for custody under the IMDMA.

3. The Issue of Standing with Respect to Guardianship

To have standing to petition for guardianship under the Probate Act you must be able to disprove the legal presumption that the child’s parent(s) are willing and able to make and carry out the day-to-day child care decisions of the child.

Unlike a petition for custody, a non-parent that is petitioning for guardianship is not required to show to the court that the parent(s) have voluntarily and indefinitely given up custody of the child.

Once this hurdle is overcome you must next show that the child’s parent(s) are not legally fit to take care of the child. Fitness under the Probate Act means the ability of a parent to serve the welfare of the child. If you can show that the child’s parent is not willing, or is unable to make or carry out day-to-day child care decisions, then you are likely to have standing to petition the court for guardianship under the Probate Act.

4.The Procedural Differences between Custody and Guardianship

Custody and guardianship are similar in many respects as both allow for the “care, custody, control, and education” of the child. However there are procedural differences that may have an effect on your final decision.

To be appointed a guardian the law requires that you be at least eighteen years old, be a resident of the United States, be of sound mind and without disabilities, and have not been convicted of a felony. A criminal background check is required of all persons petitioning for guardianship of a child.

(b) Custody Rules and Requirements

If you file for custody the law requires that each parent be personally served with notice of your petition. The court may require all parties to attend mediation and parenting classes before making a ruling on custody.

5. The Difference between Custody and Guardianship

In addition to the procedural differences between custody and guardianship there are differences with respect to child support, visitation and removal that can also color your final decision.

The Probate Act does not contain any provisions with respect to modifying guardianship or a guardian’s ability to permanently move out of state with the child. This means that the child’s parent(s) have the ability to continually petition the court to terminate or modify your guardianship. If you are concerned that the child’s parents will attempt to do this it may be a better idea to seek custody of the child.

If you are appointed as custodian of a child you do have the ability to seek child support from the child’s parents. Like in guardianship, a non-custodial parent still has the ability to seek visitation with the child so long as their parental rights have not been terminated.

Unlike the Probate Act, an award of custody under the IMDMA allows for a greater measure of stability once awarded. Custody of a child cannot be modified until two years after the initial custody judgment is awarded, unless the health, safety, or mental-welfare of the child is in danger. After two years custody can be modified by showing that it is in the child’s “best interests” that custody be changed based on facts that have arisen after the initial custody judgment was entered, or which were unknown at the time the judgment was initially entered.

If you are in need of an Illinois guardianship or child custody attorney, contact the Law Office of Martoccio & Martoccio at 630-920-8855. Our experienced attorneys serve clients in Hinsdale, Naperville, Oak Brook, Downers Grove and surrounding areas.