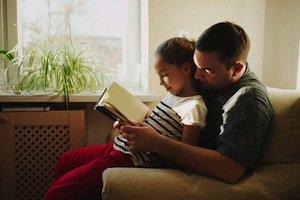 Why is that you may ask?

In Illinois there is simply no longer "child custody" or "visitation" under the Illinois New Parenting Laws 2016.

So fundamental are the changes to Illinois custody and visitation law that the words "child" and "visitation" will no longer be used. Every reference in Illinois Divorce and Paternity Law of "child custody" and "visitation" is replaced by "parental responsibilities" and "parenting time.”

Well, just because they change the names, does that mean they have changed the law?

1. Illinois New Parenting Laws 2016 now require the family law judge in divorce and paternity cases to allocate between the parents’ "significant decision‑making responsibility for each significant issue involving the children" unless the parents allocate the decision making by agreement themselves. (750 ILCS 5/602.5.)

In the past, where the parents did not agree, the default position was that the sole custody parent made all of the decisions for the child. Even where the parents shared joint custody, one parent or the other usually had sole residential custody. Even then, many times only a few of the children's decisions were made jointly. Again, the default position was decision making areas not specifically written into the parties parenting agreement as “joint decisions,” and were by default made by the parent having residential custody.

The Illinois New Parenting Laws 2016 make clear that if the parents cannot agree on significant decision-making areas in their parenting agreement, those issues must be decided by the divorce or paternity judge—good for fathers, not so good for mothers.

Specifically, the decision making as to your child's religion, medical issues, educational issues, including choice of schools and extracurricular activities, are not by default going to the residential custodial parent. These issues must be at agreed upon by the parents or decided by the judge.

2. The Illinois New Parenting Laws 2016 now defines what is meant by "residential parent." A child's residential address must be set forth by the parenting plan "for school enrollment purposes only" and "solely for the purpose of all State and Federal statutes” (for example, the Income Tax dependency exemption.) The parenting plan must “designate the parent who is allocated the majority of parenting time." (750 ILCS 5/602.10 (f)(5) and (6))

Since the law is so new, does this mean that if the child's residential address is that of the mother, then she receives child support from the father?

Since there are no cases yet to interpret the law, then there is no past history or "precedent" to guide the judge on this issue. Likewise, the question of how the child support guidelines of 20 percent for one child, 28 percent for two children (and so forth) of the paying party's net income will apply to this new set of rules has not yet been determined. For example, will the judge deviate down from the guideline child support number if the parties decide all the significant decision-making areas jointly?

5. The new Illinois custody law creates a new procedure that directs when a parent intends to "relocate" a child within Illinois and requires that there be changes made to the parenting plan. Such changes as to who does the driving—who picks up and drops off the children—must now be addressed or resolved in the agreement of the parents or family law judge, if they disagree

7. In the case of the death of one parent, the Illinois New Parenting Laws 2016 allow stepparents and grandparents to seek "parental responsibilities" without having possession of the child. (750 ILCS 5/501.2)

10. The new law changes how experts, who testify about the child and the parents’ rights, would be used as "604 expert" law. (750 ILCS 5/604.10) The court may have an interview with the child to determine what assignment of parental responsibilities should be made. In Illinois, the child's views have historically been recognized depending upon the age of the child—usually at age 13 and older. However, if the child was consistent in wanting to live with one parent over another, and was mature enough tell the family law judge his or her preference, the judge could follow the preference of the child even as young as seven years old.

At Martoccio & Martoccio, we won custody of just such a seven-year-old daughter for our client, the Father, while he was living with another woman. Illinois Appellate Court recognized that the child was a "very mature seven year old" and that her preference for who should be her residential parent, the Father, should be recognized. In Re Marriage of Olson.

The Father, Dennis (our client) and Mother (Freddy) were married October 16, 1982 and had a daughter, Katie a year later. They separated in 1988. While still married, the Father began dating and had a child by another women. The Mother filed for divorce in 1989 and the Father asked for custody of their daughter, who was then 7 years old. The Trial Judge found that our client, the Father, was guilty of “onerous adultery” and denied him custody of his daughter and restricted his visitation as well. In Re Marriage of Olson.

We represented the Father in his appeal to the Appellate Court and successfully overturned the Trial Judge’s decision. On appeal, the Court recognized that their daughter was a “very mature 7-year-old” and that her preference for who would be her parent should be recognized. The Illinois Divorce Judge failed to examine the maturity of that opinion and its underlying reasoning. The 7-year-old’s statements, both in and out of court, should have been given more serious consideration by the trial court.

If you have any questions regarding the Illinois New Parenting Laws 2016, our knowledgeable Hinsdale family law attorneys at Martoccio & Martoccio can help. Please contact us today at 630-920-8855 to schedule your consultation.