Illinois Treats Pets in Divorce Differently than Most States 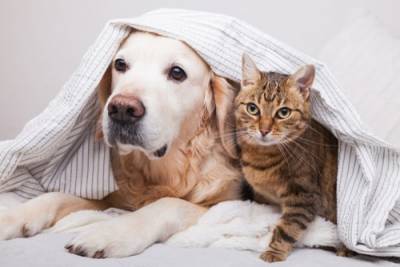 Divorcing couples have many questions when their marriage ends. One of the saddest is, “Who gets to keep the pet?” The question is an interesting one, and in recent years, Illinois has changed the law on how pets are viewed during divorce proceedings. While pets were once considered property, today some family courts, including those in Illinois, make decisions regarding pets based on child custody guidelines more than they do on property division laws.

Unlike other property, pets cannot be physically divided in a divorce. While a couple may have to sell a home and divide the proceeds, the same cannot be done with an animal. In most cases then, the spouse that kept the pet typically had to relinquish other property to make the division of property fair for both parties. Today, however, property division laws are not relied on as much when determining which spouse gets to keep the pet.

Since 2018, judges in Illinois must consider the best interests of the pet during divorce, just as they consider the best interests of the children. Judges now consider which spouse was most devoted to the animal, which spouse paid veterinary bills, and whether either spouse neglected or abused the pet. Just like in child custody disputes, a judge will also consider whether one spouse is fighting for the animal because they are motivated by revenge, which is not rewarded in court.

Spouses are always encouraged to come to an agreement on their own, rather than leave the decision to the sole discretion of a judge. When spouses can compromise and form an agreement, it should include:

Like any agreement made during the divorce process, an agreement involving pets should be in writing and approved by a judge to make it legally binding.

Our Divorce Lawyers in Illinois Can Advise on Your Case

Divorce brings up many complex issues, and determining which party gets to keep the pets is always difficult. At the Law Office of Martoccio & Martoccio, our skilled Hinsdale divorce lawyers can advise on your case and negotiate with your spouse so you can agree on pet custody and the other issues that will arise. Call us today at 630-920-8855 or fill out our online form to schedule a free consultation and to obtain the legal advice you need.