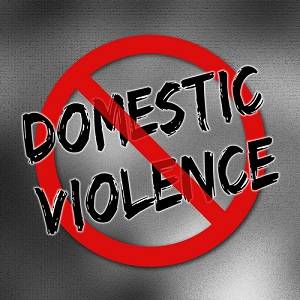 Re-elected to her fourth term in 2014, Illinois Attorney General Lisa Madigan (D), has continued her fight against domestic violence. Supported by Illinois legislative statutes under the Illinois Marriage and Dissolution of Marriage Act (750 ILCS) and the Illinois Domestic Violence Act of 1986, Madigan has waged war on domestic violence through the efforts and programs structured under the Violence Against Women Unit.

The sole purpose of the unit is to decrease the rate of sexual and physical assault on women and to institute aggressive prosecution of those perpetrating violence and abuse against women.

Under Madigan’s direction, the following initiatives have become significant areas of focus when it comes to protecting women from any type of abuse under her watch.

This act defines any person who physically hits, chokes, kicks or verbally threatens, harasses or is responsible for interfering with an individual’s personal liberty within a family or established household to be held liable for violating the terms of the Illinois Domestic Violence law.

Under this statute, household members are classified as:

It is known that date rape drugs have been extracted from area campuses. These drugs or chemicals known to be slipped into the drink of the intended victim causing the person to lose control or consciousness. This altered state leaves the intended victim open to possible sexual abuse.

To protect against the illegal distribution of date rape drugs such as Rohypnol, Ketamine or Gamma-hydroxybutyrate, the Attorney General’s office urges women to protect themselves by:

Illinois Response to Stalking and Protection from Abuse Orders

As of January 1, 2010, Illinois offered a higher degree of protection against stalking. The U.S. Department of Justice estimates that over 3.4 million people are stalked annually, with 76 percent of victims being murdered by their domestic abuser or alleged stalker. Victims of stalking can now petition for a Stalking No Contact Order as well as a Sexual Assault Civil No Contact Order and a Domestic Violence Order of Protection. Illinois statute also makes it easier to prosecute alleged violators.

In conjunction with Madigan’s Violence Against Women Unit, the Chicago Metropolitan Battered Women’s Network, Illinois is dedicated in the fight against violence and continues to work to reduce the rate of physical and sexual assault while aggressively prosecuting the perpetrators.

If you are a victim of domestic abuse and need immediate assistance, both agencies publish a directory of Illinois domestic violence programs, rape crisis centers and various social services agencies. The skilled Hinsdale domestic abuse attorneys of Martoccio & Martoccio understand personal safety is the first step in combating domestic violence. When you are ready to explore your legal options, contact our office at 630-920-8855.