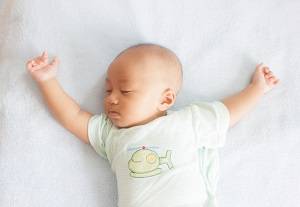 It was in the early 90s when the American Academy of Pediatrics first launched its “Back to Sleep” campaign. Designed to educate parents on how to best protect their infants and young children from the risk of Sudden Infant Death Syndrome (SIDS), it has been highly successful at reducing the number of annual cot deaths. Yet, SIDS remains the single most common cause of death in children under the age of 12 months of age. The Illinois Department of Children and Family Services and the Southern Illinois Child Death Investigation Task Force are hoping to change that.

Understanding the Basics of Sleep Safety

Now called the Safe to Sleep campaign, the “Back to Sleep” campaign was launched by the National Institute of Child Health and Human Development in collaboration with other organizations, including the American Academy of Pediatrics. Shared with parents prior to their baby’s release from the hospital, the recommendations cover the following sleeping environment, clothing, and positioning practices:

According to the Southern Illinois Child Death Investigation Task Force, the rate of SIDS deaths in northern Illinois and Cook County are substantially lower than those found in southern Illinois (1.25-1.2 per 100,000 children under five compared to 3.64 per 100,000). They say that 81 percent of those deaths were related to bed-sharing: parents allowing their children to sleep in bed with them—and a large number of them were intoxicated or under the influence.

Because parents are supposed to be presented with the important health information, and because so many are bed-sharing (despite being instructed not to), authorities in Illinois are considering prosecuting “offenders”—parents or caregivers that have clearly not followed the guidelines. This makes it vital for parents to stick to what they have been told by healthcare professionals, and to educate those that are caring for their children (grandparents, daycare providers, etc.). Parents should never, ever assume that someone knows safe sleeping practices and, regardless of how tired they are, parents need to follow the rules themselves.

Because the true cause of SIDS is unknown, parents can only use the safety precautions as a guideline to help reduce the risk. And the reality is that, sometimes, no one is at fault. But what happens when products, like cribs, sheets, portable cribs, or even clothing end up being defective products that result in death?

At Martoccio & Martoccio, we believe you deserve fair and just compensation if the wrongful behavior of someone else has caused the loss of your loved one. While we understand that no such compensation will ever begin to ease the pain or account for the loss of a child, it can go a long way in when it comes to covering the expenses caused by death or the grieving process. Receive a free consultation with our DuPage County personal injury attorneys by calling 630-920-8855 today.