Is Aggressive The Only Characteristic To Look For In A Lawyer? 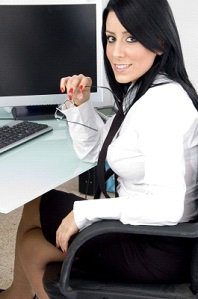 One of the best recommendations anyone can give you in finding a good lawyer for your divorce is to go around and interview a variety of lawyers. Being prepared to ask questions to get a good feel for their work ethic, history of handling such cases, and personality is crucial. You want them to be able to represent you in a way that will ensure your win and benefit. However, is it important to have a lawyer who claims to be “aggressive” as a critical trait for a good lawyer?

Many experts disagree on the level of aggressiveness a divorce lawyer needs to have. To pick an attorney based off how loud they seem as you interview them is not the only way to determine one’s aggressiveness. Yes, perception is a form of reality; however, first time meetings are not the only way to go. A lawyer who seems strong and powerful could really be one who, in the court room, just annoys everyone because they have used power rather than knowledge as a way to influence a court room. Albeit, the judge strictly follows the law, not influential speaking. It all boils down to a lawyer who has expertise knowledge and an excellent way of communicating it a way that benefits your case.

Aggression by definition is one who is “vigorously energetic, especially in the use of initiative and forcefulness” by Dictionary.com. In a divorce proceeding there are two sides that for obvious reasons want to separate from each other and start afresh. Each believes they are owed something for the marriage they endured and now want to end. So it makes sense you want someone who can be forceful and full of energy to conqueror the battle you now want to win. However, finding an over-aggressive lawyer can actually be counter-productive and can actually cost you more time and money because the lawyer might just want to win instead of compromise and find what is best for you.

When looking for a divorce attorney, find someone who knows how to win battles based on their success rate. A lawyer who knows the balance of being aggressive and speaking eloquently and powerfully with the utmost profession should be your goal. Find an Illinois divorce attorney today.