Is there a Correlation Between Technology and Divorce?

As technology is becoming a larger and larger part of our lives and divorce rates are climbing higher and higher, people can’t help but wonder, is there a connection between the two? A recent article published by the Huffington Post says yes.

W. Brad Wilcox, editor of the most recent edition of “State of Our Unions,” an annual report regarding the state of marriage in America, has said that technology is one of the main factors in disturbing the quality and stability of marriages.

According to Wilcox, divorce is rising in America due to both economic and cultural causes. He cited that Americans are spending more time doing things like watching television and texting than they are doing meaningful things, particularly with their significant others. 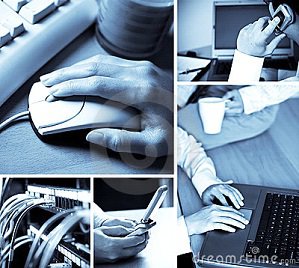 There have been other attempts as well to find connections between usage of technology and divorce. A study was recently conducted in Italy that made the discovery that couples with televisions in the bedroom have sex half as often as those without. It is also true that a 2008 British study found that 80% of people “boot up a variety of high-tech gadgets” before sleeping.

There is even more evidence directly connecting divorce and the Internet. A British statistic states that 1 in 5 divorce petitions cite Facebook as a cause. Some divorce lawyers and experts believe that social networking sites like Facebook tempt spouses to cheat as well as providing proof of affairs. The growth of technology and the Internet has also led to websites like Ashley Madison, which is a dating website for people who are already married.

Wilcox has warned that stable, quality marriages are necessary for our society to flourish and grow, no matter what the cause for the climbing divorce rates may be. “If marriage is in trouble, the American dream is in trouble,” he said.

If technology has negatively impacted your marriage and you have found yourself seriously contemplating divorce, don’t go through it alone. Contact a dedicated Illinois divorce attorney to walk you through the process and represent you and your needs.