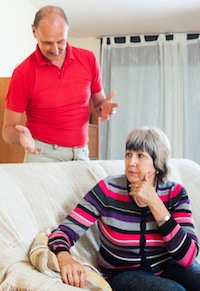 Applicable only in federal criminal actions, the testimonial privilege permits each spouse to preclude any adverse testimony from the other spouse. As always, this privilege may be waived, but prevents the spouse of the accused from testifying against the defendant against their wishes.

Applicable in both state and federal criminal cases, neither the husband or wife of the accused may testify as to any communication or admission made by either of them to the other except in cases where either is charged with an offense against the other. In order for the privilege to apply, the communications must fall under a set of circumstances. Whether or not this privilege applies to a particular case requires an analysis involving the type of court, the relationship of the parties, and the nature of the communication.

The United States Supreme Court, in Trammel v. United States, identified that the refusal to testify or the exclusion of relevant evidence serves a public good that transcends the principle of utilizing all rational means for ascertaining truth. The court, therein, identified the sanctimonious relationship between husband and wife as being superior to the demands imposed in seeking justice. This, in effect, promotes the open communication between husband and wife by eliminating the possibility of private communications being used against one another.

In contrast, allowing the use of confidential conversations, or other communications, between spouses would undermine the importance and value of marriage by eliminating a deep element of trust that married partners rely on to openly communicate between each other.

The nature of your marriage is most likely unique. When two individuals join together, the nature of their union can be more uncommon than each individual’s unique situation. As such, the importance of the marital privileges depends on your specific circumstances and why you would want to destroy or preserve these privileges. While it is always advisable to develop a relationship based on trust and respect, make sure you seek qualified professional help in determining whether or not these marital privileges will apply in your unique situation.