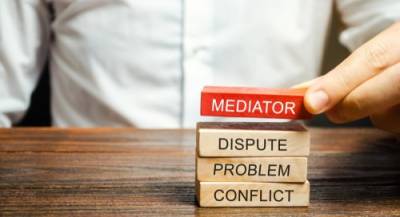 Mediated divorces, on the other hand, help foster cooperation between the two individuals during mediation sessions. During these sessions, couples often learn how to compromise and cooperate with each other, which enables them to do so after the divorce, as well.

When a divorce is finalized through mediation, the couple has also made the agreement on their own. A judge did not decide the final terms but instead, each spouse played a part in what the final agreement looks like. This can also greatly help foster cooperation and communication after the divorce because people are more likely to follow their own guidelines, rather than those imposed upon them.

Other Benefits of Mediated Divorces

In addition to lowering the cost of a divorce, as well as giving the couple more control over their divorce, there are many other benefits of mediation as well. These include:

Our Illinois Divorce Lawyers Can Help with Your Case

At the Law Office of Martoccio & Martoccio, our experienced Hinsdale divorce lawyers can help with your divorce. We will review your case to help you determine which type of divorce is right for you, negotiate with the other side to secure the fair settlement you deserve and bring your case to a close as quickly as possible. If you are considering divorce, call us today at 630-920-8855 or contact us online to arrange a free consultation with one of our skilled attorneys.