Study Ties Time Spent in Combat to Risk of Divorce 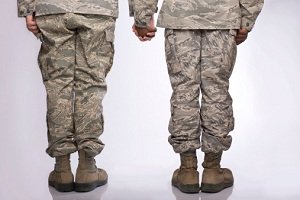 As reported by the Star Tribune, a new study performed by Rand Corp. revealed that based on the wars in Iraq and Afghanistan, the risk of divorce rises in relation to how long the soldier is deployed. Though any stressful situation of separation is well known to increase the chance of divorce, a surprising finding is that women face a greater divorce during deployment than men.

Although the particular reasons were not explored in the study, it shows that more female military members were faced with divorce than their male counterparts. It seems that women are more willing to wait and endure the emotional problems than men are. The study also showed that couples that were married before the 9-11 attacks were 28 percent more likely to divorce when they experienced deployments of 12 months or more to the war zones. This denotes that couples that married after the terrorist attacks were better prepared and maybe even expected deployment as opposed to those that married before September 11th.

The amount of time spent deployed was a definitive factor in the likelihood of divorce. The longer the deployment, the higher the divorce risk climbed. The nature of the deployment made a difference as well. Those who were deployed to hostile areas were more likely to be divorced than those in non-hostile deployments.

Earlier studies that were performed showed that there was no connection between deployment and divorce however this study was different because it canvassed almost a half million married military members and looked at the effects over almost 10 years. It was also revealed that 97 percent of the divorces occurred after the soldier returned home and that the risk of divorce was lowered if the couple had children.

If you have questions regarding the unique rules that govern military divorce, a competent and dedicated Illinois divorce lawyer can assist you with the answers and representation.