Should the Minimum Driving Age Be Raised? 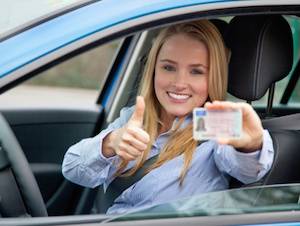 In the majority of states, including Illinois, a teenager can can get his or driver’s license at the age of 16. However, there is much debate over whether or not someone that age is actually mature enough to handle the responsibility of being behind the wheel of a vehicle.

Here in Illinois, a teen can apply for and receive a driving permit when they are 15 years old. In order to qualify, the teen must pass a written test, as well as be enrolled in a driver education course. The teen driver is only allowed to drive when there is a licensed adult driver, age 21 years or older, in the vehicle with them.

Once the teen has turned 16, has held the driving permit for a minimum of nine months, and completed the driver education course, they can apply for a driver’s license. This initial licensing phase does carry certain restrictions, such as nighttime driving limitations and the number of passengers allowed in the vehicle. When the teen turns 18, they can then become eligible for a full license.

Many safety advocates feel that 16 is too young for a person to drive. A recent report issued by the Insurance Institute for Highway Safety (IIHS) provided research and statistics which indicate that raising the minimum age for a driver’s license could significantly decrease the number of vehicle crashes involving teen drivers.

Car crashes are the number one killer of teens, with more than 5,000 young lives lost annually in auto accidents. New research reveals that a teen’s brain may not be developed enough to responsibly handle a vehicle. The prefrontal cortex, which is the part of the brain which controls emotions and impulses, as well as analyzes outcomes and makes judgments, does not become fully developed, on average, until a person is in their mid-twenties. Fully-engaged hormones can also affect how a teen’s brain responds to situations, often leading to speeding and other risky driving behaviors.

The report also cites the apparent success of the state of New Jersey has had in decreasing the number of teen motor vehicle accidents. New Jersey’s minimum age for obtaining a driver’s license is 17. In its report, the IIHS cites that during a four-year period, there were 18 crash fatalities for every 100,000 16- and 17-year-olds. The report compared that number to nearby state Connecticut, which allows 16-year-olds to apply for their license. Connecticut’s rate during that same time period was 26 crash fatalities for every 100,000.

If you have been injured in an auto accident caused by a teen driver, contact an experienced DuPage County personal injury attorney to discuss your options for pursuing compensation. At Martoccio & Martoccio, we are equipped to help you put your life back together after any type of car or truck accident. Call 630-920-8855 to schedule your free intitial consultation today.