In Pursuit of America’s Most Wanted Deadbeat Parents: The Role of Local, State, and Federal Agencies 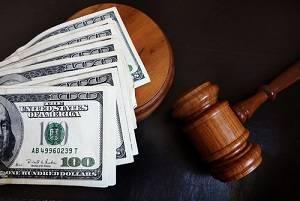 It has become a well-branded term in our society today, the “deadbeat dad” but the legal definition of those unwilling to honor their financial obligations under a court-appointed child support order actually shows no gender preference.

The legal definition refers to deadbeat parents as those of either gender who freely fail to be supportive parents or those who opt out of paying their child support obligations. Not only has this situation been a state level problem but it also has caught the attention of federal agencies as well.

One in particular, the Office of Inspector General, United States Department of Health and Human Services (OIG), operates the Most Wanted Deadbeat Parents child enforcement website that posts “most-wanted” type photos of those who have refused to pay their child support.

The purpose, those parents who opt to ignore their financial and emotional obligation to their child lays a heavy strain on not only the custodial parent but the child as well. Although many state and local agencies are assigned the task of tracking down deadbeat parents, the OIG also plays an important role in tracking particular cases.

The OIG is often asked by state and local participating agencies to investigate such child support cases that involve the following attributes:

In some instances, even though a case meets the criteria for possible federal investigation and ultimate prosecution, the final determination is decided by another federal agency, the U.S. Department of Justice.

If a deadbeat parent is investigated and found guilty he or she may face imprisonment, hefty fines, and payment of all outstanding child support. Through the efforts of state, local and federal agencies, these parents will be prosecuted due to the signing of the Deadbeat Parents Punishment Act, signed into legislation by President Bill Clinton on June 24, 1998.

The Act was enacted as it was believed that too many parents were willingly walking away from their family obligations and these actions ultimately threatened the education and health of all children and the future of the country.

For custodial parents who reside in Illinois and have issues of non-payment of court-awarded child support, the Illinois Department of Healthcare and Family Services (IHFS), Division of Child Support Enforcement has adopted a state level version of the Most Wanted Deadbeat Parents electronic roll call. To make an appearance on this site, a noncustodial parent must be more than $5,000 delinquent in child support under Illinois court or an administrative support order pursuant to Section 12-12.1 of the Illinois Public Aid Code (305 ILCS 5/12-12.1).

If you have questions regarding the establishment and enforcement of child support issues, the Hinsdale child support attorneys of Martoccio & Martoccio recognize the importance of a well-balanced solution that not only addresses the financial needs of the custodial parent but those of the child as well. With over 75 years of combined legal experience, our legal team proudly serve residents throughout DuPage, Cook, Kane, Kendall, and Will Counties.